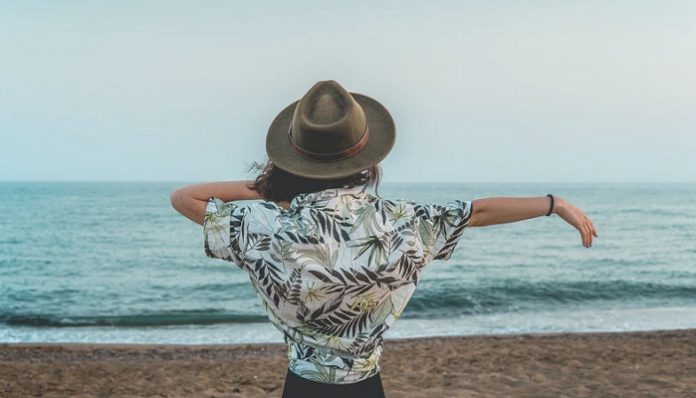 I know that they broke your heart and torn you apart until you no longer believed in love and relationships. I know that you’re tired because you feel like you were always repeating the same pattern of a broken heart again and again.

But, do you realize that those broken relationships were actually teaching you about how to appreciate and respect yourself better than before?

You see, the way you treat yourself sets the standards for others.

They treat you the way you want to be treated and you are what you attract. So, whenever someone gives you mixed signals, ghosts you and leaves you with a wounded heart, instead of blaming them, please ask yourself, “Why do I allow them to treat me like that?”

Painful things will lead you through a realization about your worth and you’ll understand that those broken relationships were actually the best lessons learned for you to practice self-love.

I knew the true meaning of self-love after I decided to leave someone who was never sure about his feeling towards me. I felt stupid as I allowed him to treat me like a second choice and at the end of the day, he left me hanging with mixed signals and false hopes.

I was obsessed with trying change and fix him and when I realized that I’d mistaken the feeling of obsession with the feeling of being in love, I knew that I was lacking self-love. After I let him go, I began to learn about the concept of ‘marrying yourself’.’

Then, I realized that self-love is all about accepting the ugly truths and knowing that you deserve to choose something which feels better for you, instead of holding on to the things which give you pain.

Self-love is about accepting the love which feels content rather than chasing someone whom you are obsessed with. It’s about observing your own feelings toward that person instead of always looking for the signs of whether they’re into you or otherwise.

Self-love is about making a decision to burn the bridge of the people who have taken your kindness for granted. It’s about trusting the universe and putting faith within yourself that your broken heart will be healed eventually.

It’s about choosing the people whom you want to spend your time with rather than maintaining the relationships which are toxic to your well-being. Self-love is realizing that being kind to others is necessary, but being kinder to yourself is more important.

When you prioritize self-love, you’ll start to make better choices for yourself and you’ll attract the right kind of love.

As cliché as it sounds, loving yourself will lead you to the right kind of love.

But, I know it’s not easy. Loving yourself is a lifetime journey and it’s easier to hate your flaws rather than accept them. And it’s okay. Take as much time as you need to learn about self-love. In the end, you’ll realize that true love is actually within yourself all along.