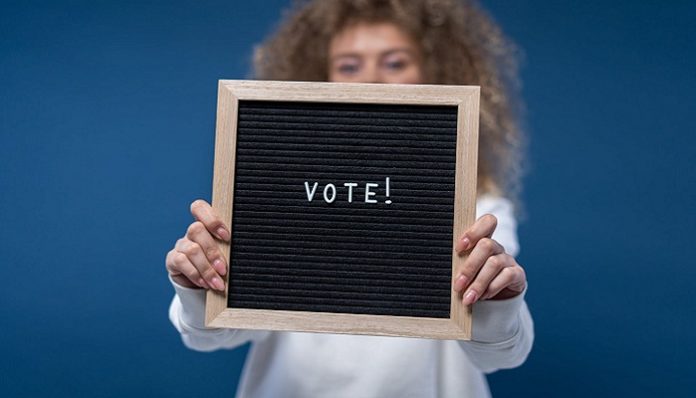 With so much talk about the dozens of Republicans vying for the Presidential ticket, it can be easy to forget that there is also a Democratic primary going on. Tuesday’s debate, airing at 9 p.m. ET on CNN, is the first for the Democratic hopefuls, and it will set the tone for the next month of campaigning. It also can’t hurt that it’s hosted by America’s favorite silver fox, Anderson Cooper.

Although it can be challenging to care about Presidential politics so early – especially in an era when it can feel like our votes don’t matter, no good comes of apathy. If everyone who had a political opinion exercised their right to vote for that opinion, change would occur! The problem comes when voters feel our system is too broken to even participate.

Preparing you to participate in our political system, here is your guide to the 2016 Presidential Elections, breaking down the current Democratic candidates and everything you need to know:

Quiet during most of this election season, Lincoln Chafee served in the Republican party during his time in local government and the Senate before winning the governorship as an independent – making it pretty surprising to see him as a Democratic candidate. While his total lack of campaign infrastructure or strategy makes it impossible for him to succeed in the primaries, Chafee would probably be a good President. He was known as the last moderate Republican in the Senate and could probably work through a lot of these partisan conflicts.

The most famous woman in United States politics, Hillary Rodham Clinton probably had the best shot at the Democratic bid for president – until her recent email server scandal. While in her role as Secretary of State, Clinton used her private email server through the Clinton Foundation, rather than on a government account (making them public domain). She has subsequently been accused of covering up information relevant to the deaths of United States citizens in Benghazi, Libya in 2012. Though Clinton’s name recognition and success among working-class women means may guarantee her the lead over other Democratic hopefuls, she will need to work hard to appeal to young voters and shake off her family’s political past.

Albeit being a boring professor at Harvard, Lawrence Lessig is a crusader in the realm of campaign finance reform. His belief that money holds too much weight in American politics is the cornerstone of his campaign. It hinges on the Citizen Equality Act – leaving out most other large political points of contention, such as healthcare, immigration, federal finance, or women’s issues. Lessig’s goal is a noble, important, and progressive one, but largely leaves him ill-suited for the Presidential race. I think his candidacy is more of a platform to push his reform message than a legitimate bid.

Baby-faced Former Maryland Governor Martin O’Malley is running as the young, progressive voice among the already very left Democratic candidates. As the Former Mayor of Baltimore, he focuses on middle class Americans and non-white voting blocs, while playing up his youth and vitality at the tender age of 52. This year O’Malley has been spotted playing guitar and posing for selfies in bars, often making sleeveless and shirtless appearances. Though it seems ridiculous, O’Malley could just find success among a contingent of voters that are sick of seeing the same last names and interchangeable faces of old white men.

Everyone’s favorite radical Bernie Sanders has found his stride as the far left candidate this year, pushing more liberal and progressive policies than are traditionally adopted in mainstream politics. Following a platform aimed at “democratic socialism” (a phrase my elderly relatives must cringe at), Sanders returns the Democratic party to its populist roots and aggressively addresses economic inequality in this country. Yet, at age 74, Sanders may find his progressive policies unwelcome in more conservative states and among more moderate voters. He also looks pretty great in one artist’s representation of the candidates as Disney princesses.

I think the New York Times says it best in describing Jim Webb: “His voters may look a lot like him.” Both ideologically and, well, physically, Webb looks live your average American man. He works for economic fairness and strives to not intervene in other nation’s politics, favoring the protection of our own. Yet his downfall may lie in his normalcy, failing to set him apart from other candidates and leaving him without a strong voter support base.

Current Vice President Joe Biden is still deciding whether or not he will run for president. Recent interviews cite that his indecision hinges on the emotional stress of running a campaign – especially coming only four months after Biden’s son Beau passed away. Already, this Presidential race has seen nearly two dozen candidates, so I think Biden’s throwing his hat into the ring could only make the next year more interesting.

The final presidential election is more than a year away, so it can be difficult to keep up with all the drama of the primaries and to wonder why you should even care. Yet, one of these two dozen showboats could be the next leader of our country, and it’s our civic duty to make sure it’s not Donald Trump.

But seriously, we have a responsibility to learn about all of our options, vote with our party for the best primary candidate, and prepare for next year’s presidential election. I hope that you feel prepared to take on this challenge and to watch Tuesday’s debate.

Sometimes Life Doesn’t Go Your Way, But You Have To Stay...