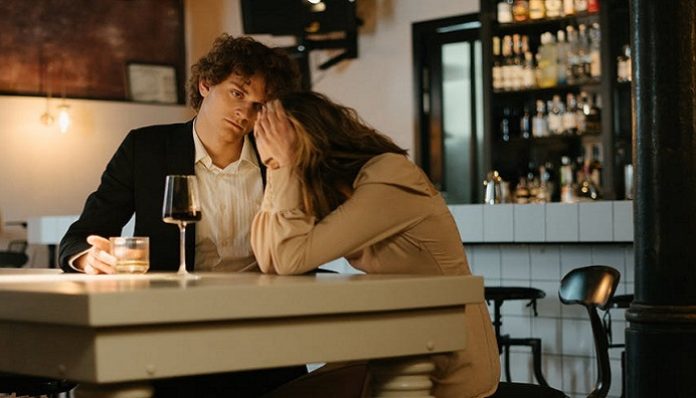 I’d like to believe that we are all meant to meet people that will either remain with us for the rest of our lives, or simply pass by to teach us a lesson or two. You would wish to hold onto every single one of them, but you know deep down that everything happens for a reason – some people will stay and some will have to go away. Unknowingly, life has always been this way. But then, there are those who would try to disregard the supposed ending of your story by going back time and time again, asking for another opportunity, making a promise that this won’t conclude the same way it did before.

That’s what you promised each other when you decided your relationship deserved a second chance. Creating a new set of rules, each of you swore to follow, you consider another shot at recreating your story.

You were both so sure that things would be easier this time. “Now,” you said, “we’ll know what to do and what not to do.” But the only thing you forgot to mention, is the fact that the next time you fight over the same things, it’s going to be intentional – and I don’t think that sounds very sensible.

You fought so hard to make things work this time around, but it’s difficult to keep your visions straight when it felt like you were constantly looking over your shoulder to check in on each other’s loyalty.

You were careful. Too careful, really, that it made it seem like every single thing was rehearsed. Nothing came naturally anymore. The fights and rants lessened only because you chose not to speak your mind in fear of upsetting each other. You never really gave each other another chance to fix things; what you really gave each other is a chance to end things differently.

But it still ended.

You’re not being honest with each other about your inner fears. You want so badly for things to work out, but the truth of it all is; things can never be the same as they were before. And isn’t that the whole point? We want change. It’s time we accept that. If you’re reading this piece, and you’ve made it this far, it’s safe to say you’re stumped. Where do you turn from here?

Do you give them a second chance?

Second chances are something we feel obligated to pursue. If we don’t, we might go about our days wondering how things could’ve been different. There comes a time when we realize, second chances can only work when we stop forcing them to. It will always take hard work, whether it’s the second time around or not. The best way to find closure in your past could be to go back to that clean slate you first promised each other. Don’t try to decorate it with elements of what used to be; it’s time to create a new love story.

From Dating To Dinosaurs: 6 Life Lessons You Can Learn From...