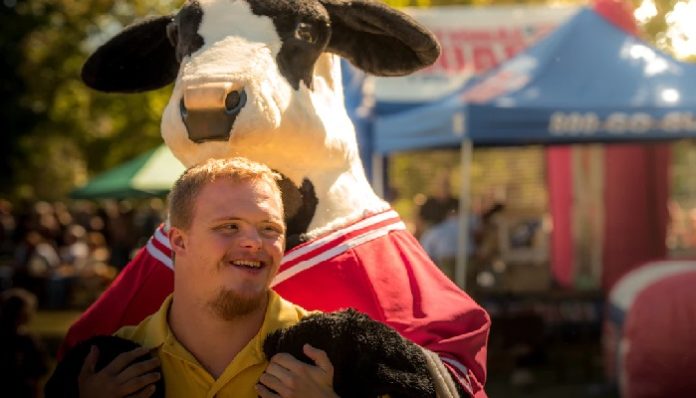 Sometimes, we say things that we don’t necessarily mean.

We get frustrated: we say things we don’t mean.

We are being sarcastic or trying to tell a joke: we say things we don’t mean.

We are tired, we are hungry, we are fighting, we are human: we say things we don’t mean.

Sometimes things come off the wrong way, even when we don’t intend for them to. We twist our words and let words slip out that shouldn’t, but there’s no repeats or take-backs. We just learn from them.

So why should using the r-word be any different, right? WRONG.

Pick up a dictionary and look up the term “retarded”. According to Merriam-Webster, it means “slow or limited in intellectual or emotional development or academic progress.” Now, look up the word stupid: “marked by or resulting from unreasoned thinking or acting; senseless.” How can people possibly use these two words in place of one another?

Just a few weeks ago, I was having a conversation with a close friend/co-worker, and this person used the word in this manner: “That’s so retarded, I don’t get that.” The negative connotation and perception associated with the word retarded is something that has exploded with this generation, and I don’t quite understand it. People may not think that the word carries any more weight than using “stupid” in its place, but it does. Here’s why:

What do you think the word “retarded” means to the people have a mental or emotional disability when you use it in a derogatory manner? It means you are consciously using the word to describe something undesirable. It means you are consciously using the offensive slur to describe something stupid, dumb, idiotic, unfavorable, offensive, and unintelligent. It means you are choosing to use the former instead of the latter because you think it will have a stronger effect. And it does to the people who hear it used this way and feel belittled, excluded, alienated, insulted, and ashamed.

In 2010, President Obama passed Rosa’s Law, eliminating the use of the word “retarded” or “retard” in any federal health, education, and labor laws. Kudos to you, Obama. Not two years later, he was the butt of Ann Coulter’s tweets, directly calling him a retard and saying whatever room he was in was a retarded room. A Special Olympics athlete, John Franklin Stephens, wrote a letter to Coulter saying that she “isn’t dumb and isn’t shallow. So why are you continuing to use the r-word as an insult?”

I covered this story/topic in college upon the incident being reported by ABCNews.com, and it changed how I see the use of the r-word. I haven’t used it in a derogatory fashion since, and I can’t stand it when people do. You aren’t affected by it until it affects you. Think about it: how many people do you know with autism, a speech impediment, Down Syndrome, or another physical or mental disability? How many friends, family members, coworkers, or acquaintances do you know that are or have been affected by the word? It’s not something loved ones, let alone those people themselves, appreciate hearing. We know you aren’t using it maliciously. You just use it to replace the word “stupid” or “undesirable,” and that’s not okay.

Imagine this: Imagine that we lived in a world where racism was unheard of and frowned upon when it occurred (shocking, I know). Imagine that individuals with any type of cognitive or physical disability were of a different race. For example’s sake, let’s use the color purple. Now imagine, like all the racism issues our world has seen in recent years again, that someone walked past an individual with a disability in a large crowd of others and shouted a racial slur involving that person’s skin color (purple). Imagine that an entire group of people worldwide who did not choose to be born with a cognitive or physical disability was singled out like a separate race. Would you still use “retarded” in a flippant and derogatory fashion?

How difficult is it to just say stupid as opposed to using retarded? If you want to count syllables, there are only three in retarded. Adults use it in company as a replacement word. Children hear it and think it is okay, too. Our culture has become so wrapped up in hateful words, using foul language, and discrimination that some don’t know any better. It’s time to change that.

I work for a company that allows young women with mental and physical disabilities the opportunity to attend national conventions and participate in a pageant to showcase their talents, skills, and personality. They also get to meet new people, often  people like themselves who may face the same struggles on a day-to-day basis. These women, who are led by a strong group of volunteers that  wouldn’t think twice about using the r-word in a derogatory fashion, are some of the most inspirational people I’ve ever met. One of my best friends has a brother with Down Syndrome. The son of my former coworker has cerebral palsy. One of the guys on my high school cross-country team has a form of autism called Asperger’s. My childhood best friend’s little brother passed away from a physical nerve disorder that made it almost impossible for him to physically live, move, and even breathe on his own. My college best friend’s brother has been hospitalized multiple times with autism and MS complications.

How would you feel if people picked you apart for your incapabilities, behavior, and way of living just through how they speak? How would you feel if people constantly pity you for something you can’t do rather than focus on the things you can do that maybe others can’t? We mindlessly use words and descriptions to classify something as stupid or idiotic when in reality, we are referencing a group of people that look at life a little differently, not based on their incapabilities but on the world where the things they can do and can achieve mean everything.

It matters to people who it affects. It matters to the people around them. It matters that we change how we think and how we speak when it comes to the r-word. Take the pledge with me and spread the word to end the word. As human beings, we can do better. Much better.

After Everything, This Is How I Want You To Remember Me

I Had A Real Life Stalker And Here’s What Happened