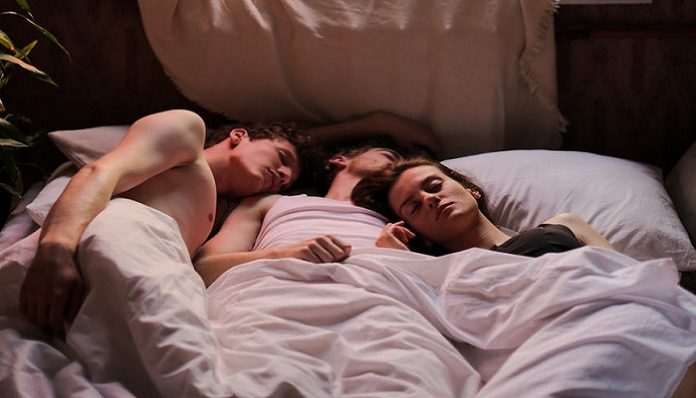 How many coincidences does it take to become a choice?

The worst part? His girlfriend – your friend.

You weren’t disillusioned into thinking he loved only you. You were fully aware and yet, you still stayed.

At first I thought you were the victim. That oh honey, poor you. You fell for a man who would never be with you.

But then I look at where you are now, and everywhere else you’ve been since then; all the hearts you’ve stolen and gazes you’ve thieved. They weren’t all accidents, and you know it.

So it’s not hard to notice this destructive pattern you’re weaving – because in fact, that’s all you want to be. Noticed.

For you, it doesn’t end with “and they lived happily ever after.” For you, that’s your cue to make your entrance.

Winning someone over is too easy, isn’t it? You’ve done it too many times before. You’ve had a poor pile of hopeless hearts in your hands, but they don’t satisfy your need to know you can be loved.

Winning someone over when their heart is unavailable – now, that’s a challenge. Because if they choose you after having already chosen another, then you must be pretty special…right?

Words are just words. They no longer excite you. Nothing about a listless, lazy text in the middle of the night professes “you’re the one’”and you know it. But then throw in a little scandal, and that’s enough to reel you in. Throw in a little controversy, and that’s enough to convince you “maybe, you are worth the trouble.” An embrace is just an embrace. It no longer assures you. Nothing about a slick hand on your thigh confesses “you are special” and you’re aware. At least not unless they have to return to someone else’s arms once they leave. Because to you, it only matters if they choose to hold you when they shouldn’t. It only matters if they choose to love you when they can’t.

Because to you, that’s the ultimate gesture of acceptance.

And they will take the bait, they almost always do. They will keep you in their back pocket, for when they’re lonely, or bored, or just want a little thrill. And when they slot you back under their bed when the sun comes up, you get to tell yourself that it’s not their fault. You get to reassure yourself with a million reasons why they can’t give you all of themselves.

And you’ll succeed, because it’s true.

Him being a cheating asshole doesn’t make you any more innocent. And her being insecure doesn’t mean you’re off the hook. Because the truth is – you’re the one who’s insecure.

But I guess, you aren’t too concerned with being a decent person because for the moment, you’ve got everything you want: attention, affection, and a heart that cannot be claimed so no one person can have the power to break it.

I don’t know what or who hurt you before, for you to always only strive for second best; for you to tramp on your perpetually perilous journeys only to always end up in the back burner. I don’t know what part of yourself you feel is so inadequate that you celebrate being offered sloppy fragments of conflicted consciences every time you manage to lure them in. For the moment, you’re convinced you’re winning. But in the long run, you’re alone.

How many coincidences does it take to become a choice?

The truth is you do choose. Over and over – to be prominent, but insignificant. To be contentious, but irrelevant.

So I’d advise you to get out while you can, because the right to demand for more will never be yours. But I suppose, for now, that’s all you think you deserve. And it’s not up to her, or him, or anyone else to convince you otherwise.