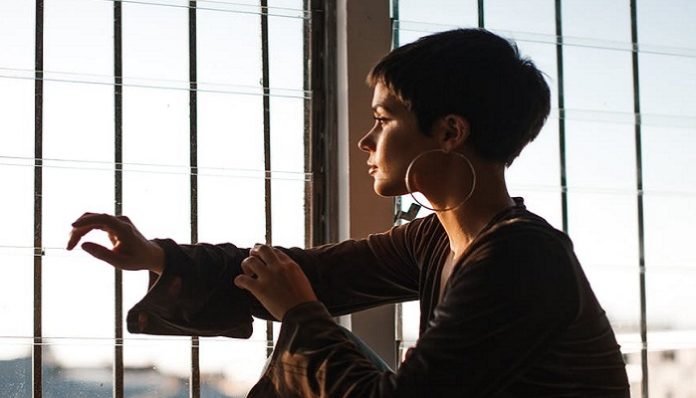 Every part of your body is telling you to turn around, but your heart says to keep going. You can feel yourself falling harder and slipping faster into this unknown void that you know is not going to lead anywhere good. You no longer have any self-control. All of your independence and freedom is suddenly sinking from your grasp, and you don’t even know how to brace yourself for what’s next.

That’s how it feels to fall in love with someone you swore you never would.

From the moment they walked into the room, you knew they could never offer you the fairy-tale ending you deserve. For me, this person was a he. There was a faint smell of ashes wafting off of him, a slithering look to his leather jacket, and a delicious rasp in his voice…I knew that this could never end well. But for some reason, that didn’t stop me.

There’s mystery and allure in this special person’s demeanour, something drawing you in from the get-go. I felt a sense of unexplored rebellion in the how he could take me to new heights that I had never seen. At first, it all seems magical, but what goes up must always come down.

You fall into a tailspin of maddened, crazed emotions, and every single bit of it is new to you. Against all my own preaching, I became vulnerable in front of someone who could never fully respect that. Despite warning signs and a sickening gut feeling, you allow yourself to feel this range of emotions and don’t fully process things until you finally vocalize the words “I love you.”

Everything is telling you to stop, but you can’t.

You know that this isn’t good. There were reasons you swore you would never fall for someone like this, but none of them seem to matter now. You’re helpless to this one person. You’re at their unrelenting beck and call.

But that’s not to say it’s all bad. It feels like you’re in a light haze; everything is dream-like. The good is really good, but the bad is really bad. This rollercoaster of emotions is quickly taking over your life. Falling in love is nothing like the movies make it out to be. Instead it’s harsher and colder, but at the same time, more incredible than you could have ever imagined.

People say they start to see a change in you.

Time doesn’t matter anymore. It’s all about making memories and living in the moment. But people who say they see you change are right, and deep down, you know that it’s true. You’re not the same independent, carefree girl you always were. Instead it’s like you’re joined at the hip with someone else, like you can’t exist without them.

You take a moment for self-reflection. When I did, I remember seeing a girl who was entirely not the person I wanted to be. She was so reliant on another person for her wellbeing that it was sickening. She couldn’t move on in her life, because she couldn’t move without him. This kind of love is dangerous. That’s why I swore could never fall in love with him in the first place. But I did it anyways.

Then your heart gets broken.

I think it’s inevitable. When, from the start, you knew this person wasn’t right for you, you can’t avoid heartbreak. If you’re strong and still have a tiny reserve of self control left, maybe you were the one who broke it off. Or maybe the other person tired of you and left you destitute in your sea of emotions.

Dangerous love never has a happy ending. That’s why all the good love songs are always sad.

Maybe this is just the ranting of a young girl who has been scarred deep enough by bitter matters of her heart…Or, maybe this is what actually happens when you fall for someone you swore you never would. I always say to trust your instinct; if you know you shouldn’t fall for them, then find some way to make sure that you don’t. Wait for someone who isn’t going to leave you in tiny pieces longing for the same pulsating romance that you once had, no matter how appealing falling for the bad boy (or girl) may seem.