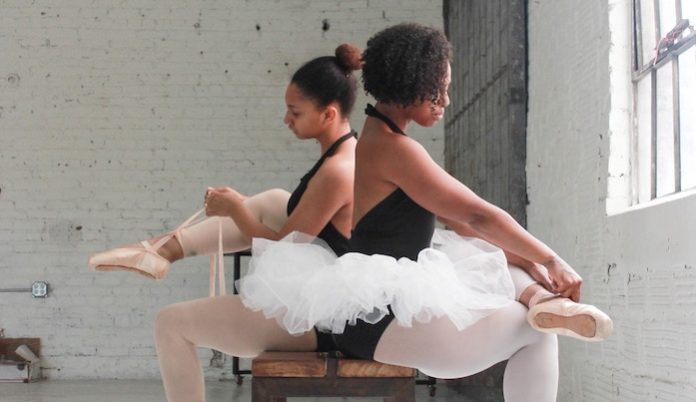 I will let you in on a little secret: Everyone struggles with body image.

For someone who was a dancer from the age of 8 to 16, I struggled to see my body change as a woman.

As a child, I was a skinny. I could eat whatever I wanted and never paid for it. I was also very active. I started Ballet at age 7 or 8, swam every other week at summer camp and participated in several other activities that kept me really busy throughout my childhood. 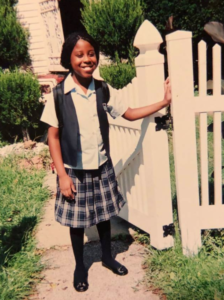 As I got older, I left camp, quit dance classes and my schedule got busier. Life just got in the way. Before I knew it I was taller and fuller. I had a big bust and was simply not who I used to be.

When you look at the images of Ballet dancers you rarely see full-figured women, let alone black full figured women.

My smaller frame as a child was enough to keep me going but once I gained weight I stopped dancing. I felt embarrassed to dance again because no one looked like me. Even though my Ronde de Jambes were still graceful and I could still Grand Jeté across the floor in a sequence, I was not confident. 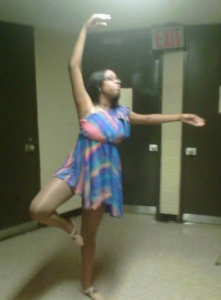 Raven Wilkinson, a dancer with the ballet Russe De Monte Carlo, was asked to dance in Whiteface.

Raven Wilkinson (born 1935) is credited with being the first African American woman to dance for a major classical ballet company. Wilkinson broke the color barrier in 1955 when she signed a contract to dance full time with the Ballet Russe de Monte Carlo. As an African American, she faced many difficulties while on tour, particularly in the segregated South. When the troupe stayed in "whites only" hotels, Wilkinson kept her race a secret. She later told an interviewer, "I didn’t want to put the company in danger, but also never wanted to deny what I was. If someone questioned me directly, I couldn’t say, 'No, I’m not black.' For two years, things went well. Because there were many foreign dancers in the company, including a number of South Americans, her skin color was not an issue. In 1957, however, she was barred from staying with the troupe when an Atlanta, Georgia, hotel owner asked her outright if she was black. Wilkinson refused to lie and was sent away in a "colored" taxi to a "colored" motel. During the same tour, members of the Ku Klux Klan interrupted a Montgomery, Alabama, performance, asking, "Where's the n—–?" As word of Wilkinson's racial identity spread, discrimination became increasingly problematic in her personal and professional life. Denham forbid her from dancing in certain locations and sent her ahead to safer cities on the tour. Ultimately, one of the company's ballet mistresses told her she would not go any further in her ballet career and should leave to start a school of African dance. Exhausted by years of discrimination, as well as the belief that the financially-stressed troupe had become old-fashioned, Wilkinson left in 1961.Following her departure from Ballet Russe, Wilkinson auditioned for several U.S.-based ballet companies, including New York City Ballet, American Ballet Theatre, and the Metropolitan Opera Ballet. But, she was not accepted.She moved to the Netherlands in 1967 and stayed with the National Ballet for seven years. When she returned to New York, the New York City Opera asked her to dance. She performed with them from 1974 until 1985.@mistyonpointe has called Raven Wilkinson a mentor. #theunsungheroines

This says alot about the Ballet world and who is celebrated in Classical Ballet. For many years, Ballet was an art form tailored and molded around white women with slender figures. Light-skinned black women who fit the slender frame were forced to wear skin brightening makeup to make them appear white so they wouldn’t “stick out”.

To this day, it is hard to find brown flesh-toned tights and shoes. These exclusive ideals have been held true for centuries and have made it very difficult for talented black dancers to flourish. But 10 years ago, things really started to change.

Copeland details her brave journey in A Ballerina’s Tale . She was a curvy black girl who started learning ballet at the age of 13 and broke barriers in a white dominated art form while battling social isolation and injuries.

This documentary was so inspiring to me and it gave me the confidence to do what I loved again, despite every stereotype that fought against me.

Eventually, I discovered how to reclaim my body. I learned I could be whomever I wanted to be without punishing myself for changing or being a black women. 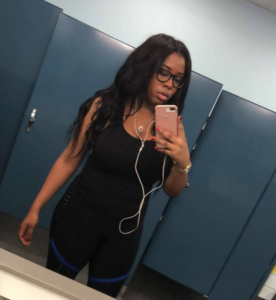 I re-enrolled into Ballet classes in college, started going to the gym and being the active person I used to be. I wasn’t doing it to change my body, I did it because I loved being a dancer. While I was re-learning the techniques of classical Ballet, I also learned to love myself, all thanks to Copeland’s courage.

Realize who you are in this world. You have something no one else has and no one can take that away from you. I realized that one thing was my spirit and appreciation for the things that made me happy.

Photo by Krys Alex on Unsplash