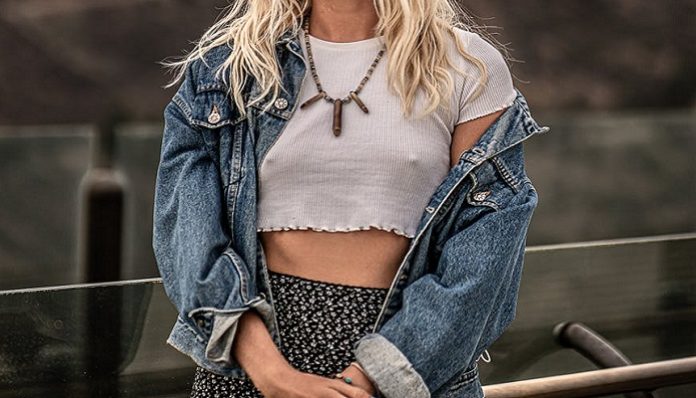 Every girl in the bra-wearing Western world can attest to the fact that the best part of any day is when you unhook those three deadly metal clasps from between your shoulder blades and let it all hang out. As the torturous wire contraption slips off of your arms, you can basically hear your chest sigh with relief.

Recently, I had an especially stressful, long day and that sigh of relief was more like a heave of happiness. I laid back on my bed, fabric-free and soaring with comfort, and the thought came to me: why do I wear that thing? When I first started in sixth grade (way too early but thank God for training bras, am I right?), I didn’t ask a single question about the practicality of bras, because it was simply what every woman did when the time came. One day you were #FreeingTheNipple, and the next, you were trying to ignore the wire digging into your side for eight hours straight – and that’s just the way it was.

Naturally, the journalist in me concluded that I MUST hear what my fellow bra-wearers think about this notion, so I asked my friends on the internet a series of questions. Most were directed at finding out what people thought about bras, and why people think women “need” to wear them. I also inquired about how people feel about the #FreeTheNipple campaign, an equality movement that fights against female oppression and censorship.

I asked people to tell me if they felt strongly about bras, one way or another. The majority of self-identified women responded in one of two ways: indifferently or negatively. Most notably, “obligation” was cited as a very large motive for wearing a bra on a day-to-day basis, because as one respondent wrote, “I don’t want other people to think I’m provocative just because they can see my nipples.” Adversely, the other bra wearers were very enthusiastic, saying that bras made them feel sexy and confident in themselves.

Though vastly different, I think both of the above answers speak a lot to societal expectations for women. First off, what is everyone’s deal with nipples? Men can literally walk down the street nipples first, but the second those same nipples are seen on a woman, they’re X-rated? When you consider it in this way, the #FreeTheNipple campaign makes a whole lot of sense. If anything, female breasts should be worshipped for providing everyone with the necessary nutrients for LIFE. Let’s keep in mind that I’m not even arguing for the ability to walk around naked, I just want to ditch my bra.

The other bra wearers who said that they love bras because it makes them feel sexy aren’t at fault in any way, but it is kind of upsetting that a lot of women can’t feel sexy in their natural condition. Society values huge breasts and big cleavage, and these are often standards women can only achieve artificially. How does that seem fair at all?

Then I asked if the respondents knew why women wear bras, and the answers were sporadic. Some people had absolutely no idea, those who had mentioned having a larger than average breast size believed it was for support, and some thought it was to cover up the forbidden nipple. What I found the most interesting was that a majority of the respondents said that they believe women wear bras because societal norms say it’s necessary. It’s almost as though those norms are embedded into our brains – we can’t pinpoint the specific criteria set out by culture and society, but we are aware that the socialization process is constantly happening to us.

My favorite question of the entire survey was the following: What is the first thing you think of when you think about a woman who does not wear a bra? The answers I received were exactly what I expected, and most included buzzwords like the following:
“Weird” “Saggy” “Sloppy” “Free Spirited” “Hippy” “Chill” “Confidence” “Jealous” “Brave”

Here’s an honest question for you, bra user or not: why is it considered brave when a woman decides to go out in public with her body in its natural form? I really think this is something highly thought provoking and necessary for society to consider, because men are hardly considered “free spirited,” and when they are, it rarely holds negative connotations.

Would you abstain from wearing a bra if you thought people wouldn’t judge you? To all the people who would answer that question with an overwhelming “HELL YES,” I hope that one day you can without any stigma attached. To keep you thinking long after you’ve finished reading, I will leave you with a story someone was brave enough to share with me after I presented my questions about bras in society:

“Before I knew it we were making out and he asked me to go home with him…and I did. But, because I really did not anticipate this I put very little thought into my undergarments and I was wearing a black sports bra. Obviously, one thing lead to another, he took off my shirt and we both kind of just paused and he said, ‘What the heck is this?’ I started laughing through my embarrassment and I said, ‘Oh my god I’m wearing a sports bra…this is so embarrassing.’ He was actually really cool about it and said he didn’t care, but I was super embarrassed because obviously wanted him to think I’m ‘sexy’ but I was basically wearing a training bra for comfort not thinking anyone but myself would see it!”

Bra users will understand this struggle entirely, and I hope those who don’t feel the need to wear bras on the reg can gain some perspective from this kind of situation. Here is some food for thought: it’s 2015 – should women be this concerned about what they wear on a day-to-day basis?

17 Questions To Ask Yourself On National Gratitude Day