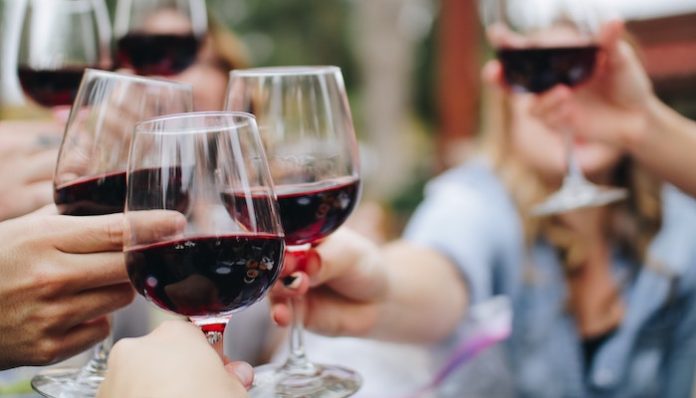 Believe it or not there is a lot of pressure when it comes to dating. There’s the constant worry about sharing too much information or scaring him off, the mental debate between if he actually wants to be with you or is just trying to  get with you, and when the right time is to start taking big leaps in the relationship.

But before the hard decisions start happening, there comes a time where you’re ready to go out for drinks but you have zero interest in hooking up.

On television the line “do you want to come up for a drink?” basically means “do you want to have sex?” Because of this and other stories and circumstances, I’m far from naive. If a man ever asks me for drinks rather than to date I automatically assume they are anticipating to have sex.

The thing that women need to remember is that just because they ask you for drinks and you actually want to go, does not mean you owe it to them to have sex.

I would suggest that if you want to go for drinks with him but aren’t ready to take that sexual step, make your intentions clear and be vocal about not wanting to go that far. If you rely on physical cues he will more than likely miss your point. Use your words and be prepared to leave anytime during  the night without taking him with you.

Go home alone after it’s over, don’t linger around. It’s so important that you show you mean it when you say “no,” by leaving. Unfortunately if you hang around (which you are probably doing because you love spending time with him) it gives him the wrong impression.

By giving clarity to your intentions it saves you the awkward situations where you feel guilted into hooking up with him or having something more serious happen.

It’s kind of like when he asks you to come over and watch a movie. Most men ask with the intention to hook up while some women hope to only cuddle. Think of how you playfully tell him “I only want snuggles tonight,” while you crawl next to him on the couch and he just laughs. He gets it and you got your point across clear.

If you need to be more firm and direct with him, don’t be afraid to be. You need to get these things off your chest now to avoid the unwanted situation. Think back to the allegations against Aziz Ansari. It’s so damn common and we need to make a change.

Most men will appreciate your honesty and if they don’t then there’s another red flag not to ignore.

If he is a true man he would respect you when you say “no”. Heck, a true man wouldn’t rush into that stage of a relationship. If he simply cannot appreciate your answer and respectfully stop he’s an immature child who needs to be educated on how to be a good human.