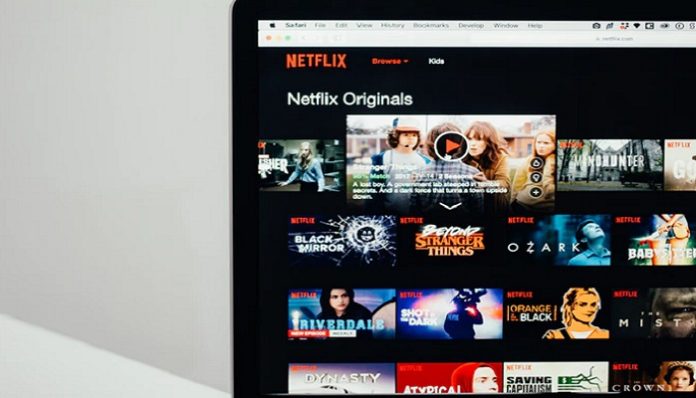 You’ve probably watched the classics: Gossip Girl, Supernatural, Vampire Diaries, Blue Mountain State…the list goes on. Netflix is a goldmine for getting recommendations from a friend for a classic TV show series and binge watching them yourself. The only existential crisis you can have is when you’ve tried all of the classics, or when you have literally watched them all. Have no fear! Although it may seem like Netflix never has anything new, there are some great new (or unappreciated) series that will quench your desire for another TV obsession. Side note: if you haven’t watched The Office, please do so now. If you have, here are your next options:

If you’re looking for politics, sex, scheming, etc. look no further than Scandal and/or House of Cards. Both shows are based in Washington D.C., and although vastly different, both encapsulate the political scene of DC and all that goes on beneath the surface. While not necessarily new, these two TV shows have updated seasons that I highly recommend. If the dramatic Olivia Pope from Scandal isn’t your cup of tea, give House of Cards a try. In any case, both shows are great options for binging on political drama.

I began watching Marco Polo randomly one weekend and ended up watching the entire first season within a week. It’s addicting, Marco Polo is hot (who would have thought?), and the entire plot line is unlike anything I’ve ever watched before. The show follows the famous Italian explorer and his early experiences serving in the court of Kublai Khan, rule of the Mongolian Empire. I rejoiced when I heard a second season had been approved to run. The show mixes history (although I’m unaware of how accurate it is), and drama in a way that makes it addicting and entertaining.

Although it begins in a slightly melodramatic-teen way, The 100 is a TV show that everyone who can stomach some violence can enjoy. The show is set in a post-nuclear world, destroyed of all civilization other than those who have been living in a spaceship for the past 97 years. The plot thickens quickly as 100 juvenile delinquents are sent back to earth as the spaceship begins to deteriorate, in hopes that earth might be habitable once again. This show has many, many attractive people, but is also engaging.

While it isn’t a new show like The 100 and Marco Polo, Reign premiered in 2013 and I think it’s a bit under-appreciated. Another historical drama like Marco Polo, this show is a bit lighter. However, it tells the story of Mary, Queen of Scots rise to power. There are some good looking people on this show as well, if that’s what you’re into.

Technically, this show isn’t out yet. You’ll have to wait until March 6, 2015. However, it’s created by Tina Fey and Robert Carlock and starring Ellie Kemper from The Office so it’s bound to be good. According to Wiki, Ellie Kemper (Erin from The Office) escapes from a doomsday cult and starts life over in New York City. Sounds good to me. Keep an eye out for this show on Netflix in March!

If none of these capture your eye, you might have to revisit the classics. Have you watched Skins? Both versions? Go watch both versions, now. Orange is the New Black is another popular show, and for good reason. If historical dramas are your thing, watch The Tudors if Reign and Marco Polo doesn’t do it for you. Need some comedy? The League and It’s Always Sunny in Philadelphia are must-watch shows. Whatever the case, I wish you the best of luck on your Netflix binging, and I fully condone your spending endless hours in the comfort of your bed eating ungodly amounts of food. It’s one of my favorite things to do too.