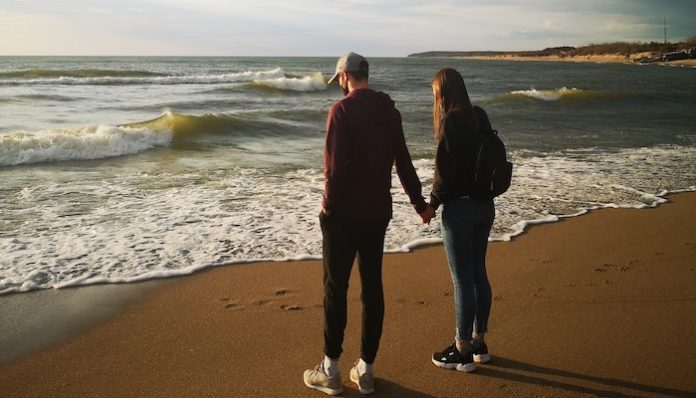 When it comes to dating, no one is a stranger to games. They can be difficult to navigate since you’re always left second-guessing your and their feelings. It doesn’t matter if the signs you think you’re seeing are obvious and in your face — you’ll still question their validity or your judgement. However, just as you might ignore positive signs, you also might not notice all red flags in hopes you get what you want. It’s important to recognize if you’re just his second choice though.

So how can you tell — unlike you initially thought — that you’re not his priority? Here are 9 warning signs:

1. He makes plans at the last second.

You’ve secretly been keeping your schedule free in case he reaches out because he’s more of a “spur of the moment” kind of guy. Maybe you’re becoming used to his last-minute plans and enjoy rushing to get ready before you see him. But if you also notice that he never commits if you try to make plans in advance, he’s probably keeping his options open and only wants you when it’s convenient for him. Sorry to tell you that but you’re his second choice.

2. He takes forever to text you back.

Sure, he might have started the conversation, but chances are he takes a long while to respond. He could even be bravely posting on his social media all while not replying to you. If that’s the case, then I hate to break it to you but he’s not prioritizing you or your conversation. Instead, he’s making a half-assed effort to keep you interested for when the moment comes that he decides he wants you.

Let’s be honest: Everyone is guilty of tardiness sometimes. However, it can be quite frustrating for anyone who hates being late, especially if it’s a regular occurrence. So if this guy says he’ll see you at 8 o’clock and that’s actually the time he leaves, he really doesn’t respect or value your time. It’s also a sign he does whatever he wants without taking your feelings into consideration.

4. He still has dating apps.

I know this sounds obvious, but if he still has dating apps on his phone and uses them frequently, he doesn’t value what you two have enough to delete them. He may even deny he uses any, but his actions will speak volumes.

5. He cancels plans all the time.

You get excited to see him, plan the perfect outfit, and daydream about your date all day long. But it secretly crushes you when he cancels on you, using every excuse in the book. Again, if he does this to you repeatedly, he doesn’t value or appreciate you.

6. You’re the only one putting in the effort.

The more you reflect about your “relationship” the more you realize you’re the one putting in the most effort. You shouldn’t be the only one initiating hangouts or conversations while he only initiates sex. It should be an equal amount of effort when it comes to both.

7. His friends don’t know you exist.

Your friends definitely know all about him — whatever you know, they probably know too. However, a lot of the time guys don’t tend to tell their friends about a girl they’re interested in until they want to introduce you to them. If you haven’t met them yet, they probably don’t know about you and he treats you like a casual hookup.

“I’m not over my ex yet.” “I’m screwed up from my childhood.” “I’m not ready.” “I don’t do that.” If all he ever does is give you excuses when you question your “relationship”/situationship, you have your answer. He isn’t committed to you the way you want him to be.

9. He only wants to have sex with you.

When you reflect back on the times you’ve seen him, were you having sex every single time? And if you were on your period or were unable to have sex during your hangouts, would he cancel? If you answered yes to both questions, he’s only trying to fulfill his physical needs. He’s only interested in your body, not your heart.

At the end of the day, you deserve someone who doesn’t do any of these things to you. It’s never okay that you’re his second choice. In fact, you deserve someone who will do the complete opposite. I know it’s hard to accept the reality of the situation, but please know that a lot of other women also fall victim to this unfortunate dating trend. You’ll find your Mr. Right one day. So leave Mr. Get-On-My-Penis-Right-Now alone.

Photo by Inga Jagminaitė on Unsplash