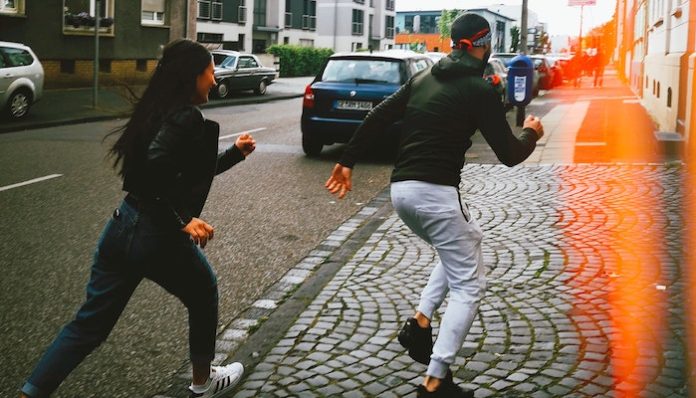 If Daisy Miller taught us anything it’s that being seduced by tan, chiseled Italian men will lead to you dying of malaria. Lizzie McGuire thought she could prove this bitch wrong, so she went ahead, fell in love with her own Giovanelli, and found that he was actually a fake little wiener with a terrible singing voice. Lesson learned: having high expectations when it comes to the male species will always lead to disappointment (or death). And you know why? Because girls let the boys run the show. We sit back, expect the boys to chase us and arrange the love affair, and then when it falls through, we blame them. It’s never our fault.

“I saw him flirting with another girl today!”

“He hasn’t texted me for twelve whole hours…”

“Should I subtweet him?”

“But seriously, why are there no good boys at this school?”

Why does it have to be so complicated?! There is a simple and easy solution to starting a relationship that no one seems to realize. If you don’t like the way he’s running the show then why don’t you just initiate? The best way for a healthy relationship to develop is if the girl chases down the guy! Trust me. It’s magic. Just read on, young grasshopper.

Let’s say you see a hot lax bro—flow blowing in the breeze, six-pack bulging through his muscle shirt—and you’re like, OMG HE IS MY FUTURE HUSBAND. So you order your caramel macchiato like the other eighteen girls in front of you and you glance at him and smile. He smiles back. AHHH! IT’S FATE!! Oh, wait… was he smiling at your or the girl behind you? Shit. You turn around. It was definitely the girl behind you. You look like a gremlin compared to her. Her eyeliner has mother effin’ sparkles in it and yours is dripping down your face because you’re sweating buckets from carrying a 600 page Shakespeare anthology in your backpack. UGH. What’s the point in trying?

People smile. Big whoop. I smile at ugly peasants everyday to make them feel better about themselves. I smile at hot dudes even though I have a boyfriend. I smile at hot girls—does that make me a lesbian? No. Smiling, believe it or not, is simply a form of politeness. If a guy holds a door for you it does not mean he will be proposing in approximately 1.5 years. Do you know why guys hold the door for girls? To be polite and so that maybe, just maybe, one day a girl will turn around and acknowledge how chivalrous he is and how difficult it is to find a gentleman these days. Duhhhh!

Instead we say, “Oh… thanks.” And then we walk away and later say to our girlfriends, “OH MY GOSH THE HOTTEST GUY HELD THE DOOR FOR ME TODAY.”

And then five minutes later:

I’ll tell you why, princess. If that steamy boy holds the door for ten girls in one day, nine of them will simply walk through. The one who walks through the door, thanks him, and then strikes up a conversation will be the one to win his number by the end of the day.

Talking to strangers is not weird. If you think he’s going to judge you for saying, “Its so nice out today!” then he has social problems and isn’t a good catch. Any guy would be psyched to see a girl initiate conversation because it’s a confidence boost to them! Whoa, this chick actually wants to talk to me? Awesome! Is he wearing his lacrosse shorts? Tell him he better kick some ass at the game because you would hate to see Duke win again (mutual hatred always leads to love). Is he carrying a textbook? Tell him about the final. Maybe he’ll ask you to tutor him (hehehe). Did he order a quadruple shot to go? Ask if he’s pulling an all-nighter. YOU get to control the conversation. We’re girls. We love to talk but we hate being trapped!

Nothing is worse than when you’re stuck in the mile long line at Chipotle and the dude squished up next to you says, “This line is really long.” And you say, “Yeah. It’s annoying.” And then he says, “Yeah.”

UGH. He tried so hard! But there’s only so much you can say about the Chipotle line. Also, this guy probably ran that line through his head ten times before he said it to make sure it didn’t sound stupid… and then he said it and it sounded stupid. And now you’re probably judging him… and you’ll just remember him as the weird guy in the Chipotle line. And with his luck he’s going to end up sitting across from you… and you’re going to see him devour his burrito… and no one finds that attractive… and yeah—boys are actually super insecure too. They get nervous. They have to act tough. So help out the poor guy and keep the convo going! Contemplate the menu. Talk about how much you hate beans. Who knows? After talking in line you may end up eating your bean-less burritos together. Ya gotta put in some effort to get something out of it. Yes, good looks may get you far in life but if you have no soul then you’re just on track to be a trophy wife and let’s be real—this is 2014. Ain’t nobody got time for dat.

I’m not saying to ignore boys who flag you down. Obviously that’s awesome—good for you! But if there’s that one guy whom you really want a chance with, grow a third boob, woman up, and go get him! Maybe he’s just super shy and doesn’t want to be rejected. Girls with confidence are hot and your dude will feel so much more comfortable knowing he impressed you from the start. From there you can cut all the fake lets-go-on-awkward-dates-and-try-to-impress-each-other crap. It will be genuine and real and you’ll be in control—what’s better than that?! So next time you find yourself complaining about how you’re so lonely as you shovel nutella-coated donuts down your throat at one o’clock a.m. on a Saturday night, think about the last time you made a guy feel good about himself. Chivalry is NOT dead and it goes both ways.

Be the woman you would want to date.

Why You Don’t Need To Be Jealous Of The Girls Your...