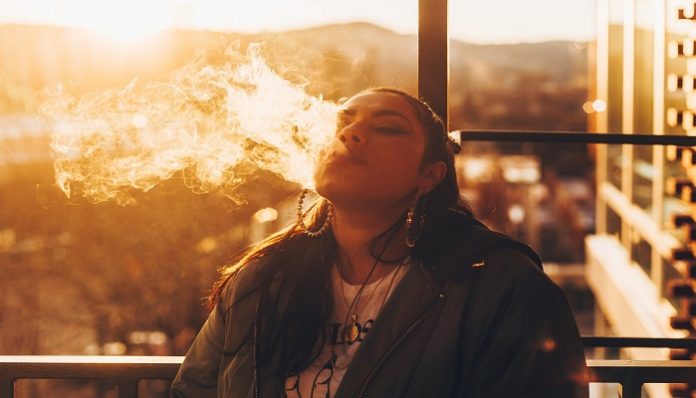 My mom is a smoker. She grew up in a time where smoking was “the thing” and everyone did it simply because no one knew any better. Doctors weren’t warning you about health risks, and no one really gave it a second thought. It was just the norm.

But this is the 21st century. We are well aware of the effects. I have very close friends who are smokers. Do I judge them for their choices? ABSOLUTELY NOT. Do I agree with them? Absolutely not. Do I voice my concern for the health of the people I love on a daily basis? Absolutely. Our generation didn’t grow up in the 50’s and 60’s, and we grew up knowing the risks they were taking when they picked up the first cigarette in the pack. We don’t have the excuse of being ignorant to the health hazards we accept upon inhaling these cancer sticks – yet once again it’s becoming the cool thing to do. It’s a fad; something that looks fashionable when you’re loitering outside of a 7-Eleven. But I’m here to compile a list of 4 of the most detrimental consequences faced by such an intelligent and progressive generation when we let such an old and harmful habit get in the way of our bright futures.

1. Science and modern medicine is expanding the lifespan of humans while we’re intentionally making them shorter.

Tobacco is KNOWN for having serious health risks and long-term smoking is proven to lead to life-threatening conditions such as emphysema. Take it from someone who has lost loved ones to lung issues due to smoking – it’s not worth it.

2. It doesn’t look as “cool” when you see the physical difference it makes on your lungs.

From an aesthetic point of view, yeah you look kind of badass. But click here and let’s look at the lungs of a long-term smoker… How’s that for your daily aesthetic? Kinda gross. Let’s smarten up now, shall we?

3. You’re practically paying someone to hurt you.

We’re all acquainted with the fact that it costs an arm and a leg for a pack of cigs. You work your little ass off for the money that you immediately throw towards a company that’s knowingly filling your lungs with fiberglass and chemicals – and you’re supporting it every single day. You’re practically hiring these people to do you harm.

So it’s socially acceptable for a guy to smoke like a chimney but God forbid a girl lights up, and it’s automatically a swipe left. You always hear the words, “Girls smoking is unattractive,” but never the contrary. I guess we’d all LOVE to see a man guzzle lungs full of smelly fumes that stain their teeth and make their breath smell like a 100-year-old corpse. Makes sense.

In no way am I judging a cigarette smoker. Sometimes, circumstances throw people in situations, decisions are made and addiction isn’t an easy thing to conquer. What I AM saying, though, is that it seems a little silly to be turning such a health risk into a “fad” or something to strive for. People get into things by unfortunate means, but other people pick them up because they think it’ll make them socially accepted. I’m just here to spread awareness that it’s okay to stray away from what people around you might deem as the norm if it means you’ll be healthier. If you’re a smoker, I get it. I’m surrounded by friends and loved ones in the same boat as you. I’m just voicing concern for a generational trend and pressing for reform in what we decipher as “cool.” Stay healthy, everyone.

Why You Should Date To Find Yourself