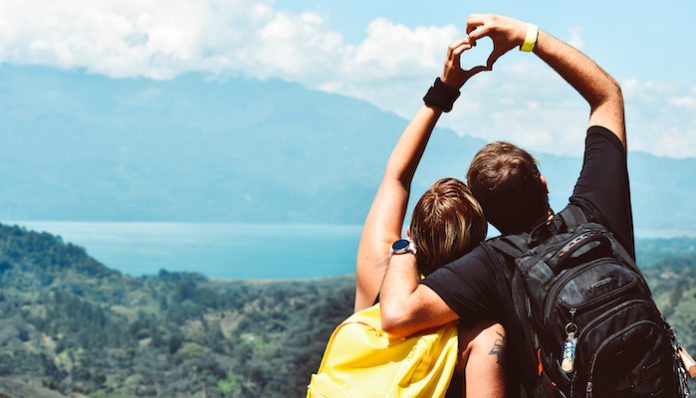 My marriage is boring. Gloriously, deliciously boring. Other people might crave a little excitement, but I wouldn’t have it any other way.

After 7 years of wedded bliss (and 11 years as a couple), we have affection and love coming out of our ears. Enthusiasm? Sure. Passion? Eh, not really. Romance? Not our thing. The joy of an unexpected bouquet of flowers, the agony of propositioning a partner who’s too tired — who needs it? Someone does.

You could lose an entire weekend reading advice on getting out of a relationship rut — but I like my rut. It’s a great rut. Millions of singles wish they had my rut.

He comes home from work, I stop working, we make dinner, we eat dinner, we watch TV together — it’s the life of my dreams. I just never realized it in my single days.

Back when Mike was still my boyfriend, I’d complain that our lack of fighting meant we never got to have makeup sex. We’d disagree, he’d be reasonable about it, and we’d come to a resolution. His refusal to yell back at me made me feel like a jerk. So I adopted his laidback approach to conflict.

But wasn’t our relationship supposed to be louder? Every time I brought this up, he’s asked me if I really want him to yell at me. Which, no. I’ve had more than enough of that already.

My parents’ marriage works because they like bickering even more than they dislike each other. Most people think they’re hilarious, that they’re the second coming of The Bickersons, that they should have their own sitcom.

My brother and I know better. We’ve seen the squabbling escalate into huge arguments too many times to find it funny.

We never hid in our rooms waiting for hostilities to end; we always got right in the middle of it, knowing that they weren’t capable of de-escalating things on their own. We had to be there for them in their time of need. They never really made up; they’d just wear themselves out and stop.

I envied children of divorce. They all missed their dads, but were relieved the constant fighting had stopped. More than a Barbie Dream House or a less-ugly school uniform, I wanted my parents to split up so I could get some peace and quiet.

Their anger wasn’t just directed at each other. Between their anxiety and short tempers, parental tantrums were a daily fact of life.

Misplaced keys, broken windows and missed flights were equally catastrophic. I once confessed to cheating on a vocabulary test, and in the ensuing hissy fit my mother compared me to a murderer. It was exhausting, but it was all I knew.

On top of that, my parents (and later my brother and I) were members of a volunteer fire department and ambulance squad. If dinner preparations weren’t delayed on account of argument, they were interrupted by a medical emergency.

The radio would squawk and my mother would turn off the oven and run out the front door. After a few evenings of waiting hungrily for their return, I started chasing after her for cooking instructions so I could finish the meal prep and feed my little brother.

After all that, my boring marriage is blessedly peaceful. Who knew that a couple could get things done without stopping to argue first?

Our small, cluttered apartment is like a spa where I’ve come to recover from my 3 decades pre-Mike. Dinner and TV is more restorative than a trip to Bermuda. I like our dull life; it’s soothing.

But having a boring marriage doesn’t mean we’re bored with each other.

When I hear his key in the door, I still jump with excitement like a Labrador puppy. We don’t have sex as often as we’d like, but nobody does. I burst out giggling every time he tries to be romance-novel sexy, so there’s really no point.

Other couples may need surprise gifts and regular sessions of The Duchess and The Pirate. That’s fine, too. But I had excitement and it wasn’t that great. I’ll take our same old routine over passion every time.