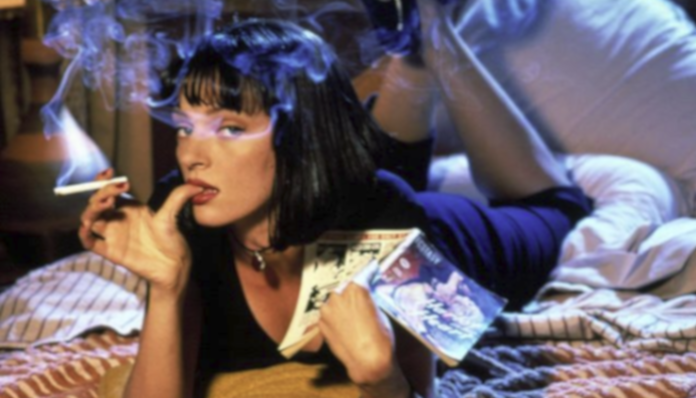 Nearly everyone has stories about crazy college roommates. Maybe yours had different guys over all the time or some weird habits that grossed you out. Perhaps, you lived with someone who cried in her bedroom while eating a whole box of corn dogs. Maybe, they were never home. Whatever the case, you’ve probably got some hilarious tales to share.

My story is a little bit different and somewhat frightening: my roommate was a drug addict.

No, I don’t just mean she liked to smoke a little marijuana and then chill on the couch with a bag of chips. She was a full-on addict, and I watched her life decline right in front of my eyes as she continued to tumble down the rabbit hole of substance abuse. However, thanks to my roommate, I experienced some interesting moments and learned several things.

Here are 5 things I learned from living with an addict.

I’ll never forget the night I walked in and asked if someone had been eating Pixie Sticks or spilled some flour on the table. My roommate laughed and looked at me like I was an idiot. Turns out, that mystery powder was cocaine, which I would have never guessed. Apparently, while I stayed the night with my boyfriend, my roomie had some friends over to snort lines. After that day, I learned to just assume that anything I saw around the house might, in fact, be drugs.

2) Never leave valuables around the house.

When addicts don’t have money to feed their habit, they get desperate. Their morals become questionable, and your stuff just might turn into a way to get a fix or pay a bill (because they used their paycheck to buy drugs). Don’t leave any liquid funds or anything that sells at a pawn shop within their sight if you want to keep it.

My roommate carried her drugs around in a plastic Taco Bell bag. I don’t know why, nor did I even want to ask. All I knew was she made it very clear that you should “never touch my Taco Bell bag, bitch.” If you have a death wish, make an addict’s stash disappear and see how they react… It’s not pretty.

Because I lived with a group of 3 other girls I went to high school with, I tried my best to tough it out. I didn’t want my other roommates to suffer the consequences of the addict’s poor choices, and honestly, I was a little afraid of the addict’s reaction. But the longer I lived there, the worse things became. Drinking Jack Daniels and smoking weed turned into snorting lines of cocaine and God only knows what else. Eventually, she had “friends” who would sleep on our couch, groups who would come over on the weekends to get high and eat all of our food, and strangers who would knock on her window in the middle of the night. I finally chose to leave, but I should have walked away much sooner.

Living with an addict is not easy. I understand that we all experience hard times and make choices that are less than healthy. However, I should not fear for my life in my own home. If someone you love struggles with addiction, try to support them in getting professional help, but don’t feel like you need to do everything for them. It’s just not worth it.

When You Start To Question Everything You Believe In