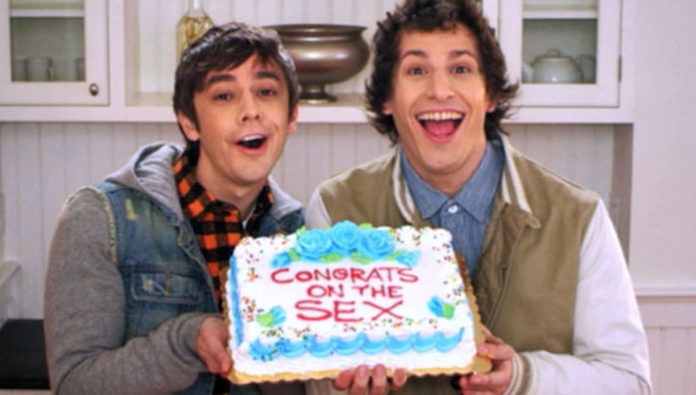 The media dangles it right in front of us; the sweet, attractive allure of sexual intercourse. We see the physical, emotional, pleasure-filled bliss on our favorite movies and TV shows. It looks so easy, so wondrous, so intimate, and so steamy. Unfortunately, reality is never like TV or fairy tales, including when we want to “get it on” for the very first time.

Your first time will probably be somewhat impulsive, completely unplanned.

That makeout session on the couch will suddenly get extra steamy, and your biological urges will start firing; telling you that “it’s time.” Of course, your partner will be excited, but you’ll have to push the pause button as you realize that you don’t have any protection on hand (Remember, this wasn’t the plan).

You’ll arrive at the closest drug store, giggly and handsy, excited for this new adventure. The family planning section will quickly become overwhelming, and you’ll decide to call that ex boyfriend (the one who dumped you for being a prude) for a mixture of spite and advice. Your partner will continue to stand there blankly, examining the boxes like they are LED TVs, attempting to make the best choice. You’ll both finally settle on something and rush to the checkout holding hands and blushing, while your heart pounds inside your brain.

The anticipation titillates you; your bodies burn with desire.

Don’t worry, that quickly changes once it’s time to “get the party started.”

For starters, there’s that whole “stripping down” bit. We’ve all seen those scenes where everything pulls off perfectly, like it’s a dance the couple choreographed to perfection. Let’s just say that your first time may not happen that way. It’s awkward for anyone to pull off shirts (unless they have buttons), and, how often are you seriously wearing a shirt with buttons? Then there’s your bra… He’s probably going to struggle with it (if he can even unhook it at all). Your mind will probably wander while you wait… until he finally gives up and lets you handle that bit.

Great, so the clothes are off. Now what?

Being completely naked in front of a sexual partner for the first time doesn’t make you feel amazing and provocative (sorry); it causes you to feel vulnerable, exposed, and aware of every flaw on your body. Standing there naked reminded me of the first time I had to change on a school bus for marching band; there’s that hint of fascination, but also a tingling feeling of being naughty, like a child who tries to sneak a forbidden cookie from the jar. You want to focus on the other person, but the fear of what is going on inside their mind pulls your attention all over the place. Things will only get more awkward as you stare at each other, either trying to remember why this seemed like a good idea or politely waiting for the other person to “make a move.”

You will both giggle uncontrollably, and you won’t even know why.

The mixture of butterflies in your stomach, seeing someone stripped bare, and the weird feeling of your skin touching theirs makes laughter seem appropriate somehow. Every small movement or facial expression suddenly seems hilarious, leaving you both amused and nervous as you wonder why the other person is laughing. Be prepared for several-minutes-long exchange of, “What?” “Uh, nothing…”

If you’re using a condom, insert more waiting and wandering thoughts here. Apparently, rubbers aren’t as easy to throw on as they seem.

You think things will start moving along now, but then there’s your body, which suddenly feels strange, dysfunctional, and uncontrollable.  You don’t know what to do with your legs or your arms, and, seriously, nobody can figure out what to do “down there.” No matter what you thought you knew about anatomy or how it’s supposed to “go down,” suddenly, you’re both just befuzzled as you struggle to get into the correct alignment for penetration. Grey’s Anatomy makes it look so easy… it’s not. He’ll end up using his hands to aid the process, and you’ll erupt into giggles once again.

Finally, you’re both going to find your groove and have that magical “fireworks” moment, right? Spoiler alert: Not even close.

It’s going to be difficult; it may even be slightly painful. He’ll probably climax before you are even able to find it pleasurable because, honestly, men suck with stamina, especially in the beginning (damn them). You probably won’t have an orgasm; get used to it because sometimes, that happens. Once it’s over, he’ll go to clean up and dispose of the evidence while you simply lie there, wondering why the hell people find sex pleasurable at all and cursing network television for making it look so easy.

Oh, and to top it all off, you’ll realize that you forgot to take off your socks.

Featured Photo via I Just Had Sex Music Video

A Beginner’s Guide To Sexting Your Partner