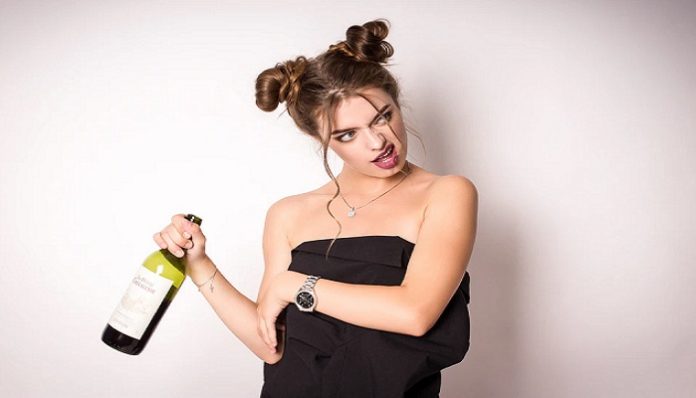 Let me preface this and let you know just how lucky you are to have blacked out and woke up okay (amidst a killer hangover). Whether it’s due to having amazing friends, being in the right environment, sheer luck, or all of the above – your constant blackouts just make for stories over bottomless brunches the next day and not a trip to the police station or hospital (or worse).

It seems fun and hilarious at first but honey, after a couple blackouts, it just becomes sad for you and annoying for your friends. I get it, being blackout gives you an excuse to “not remember anything from last night” which in turns excuses any and all of your behavior from dancing on the table, hooking up with that latest regret, or eating your weight in pizza.

I understand the occasional blackout because you just needed a night to let loose. I’ve been there. Whether it’s one or a hundred blackouts, it’s dangerous and you’re lucky to be okay. The biggest difference between an occasional blackout during homecoming and being blacked out every weekend is that there comes a point where it’s not fun and games anymore. While it’s hilarious to fill you in on your shenanigans from the night before over breakfast one weekend, it becomes more frustrating when you have to do it every single weekend.

On top of that, if you’re in college, you’re probably drinking on a regular basis and consuming copious amounts of alcohol/drugs, and it’s no doubt doing damage to your body. College may be the place for you to enjoy your youth before the “real world” but there are limits to this.

Do you want to know what happens if you continue? Your friends begin to resent going out with you knowing that you’ll be a drunken mess and not the fun kind. It’s not fair to anyone to have to constantly take care of you, make excuses for you, or remind you of what happened the day after. Your shenanigans become less of the talk at brunch the next day and people begin to either complain or worry about your drinking habits. When you complain about your hangover and “not remembering anything,” people begin to roll their eyes and have no sympathy. Your excuses fall on deaf ears and even your closest friends have a hard time trying to defend you from your actions the night before.

My advice? Pace yourself and know your limit. A nice buzz will always be better than blacking out and being dependent on people. If you know you’re going to blackout from doing Jägerbombs, switch over to vodka or drink less. Know your limit. Be the girl who’s hilarious the night before and reminiscing at brunch instead of the one who doesn’t remember what happened for half the night and have to constantly send out mass apology texts the day after. This will benefit your body, mind, and social life for the long run. Besides, you can make plenty of drunken mistakes even when you’re not blacked out. Part of growing up is owning up to your mistakes, including drunken ones.

You may think not remembering anything and blacking out is cute but it’s not. Please stop. Once you leave college and enter the real world, it’s no longer socially acceptable. Do you really want to be known as the girl who was constantly blacked out? Enjoy your college years and cherish every single memory you have. You may want to “not remember some nights with people that you’ll never forget” but if you keep it up, you won’t have any memories or people on your side.

Where’s The Heartbreak I’m Supposed To Feel After A Breakup?