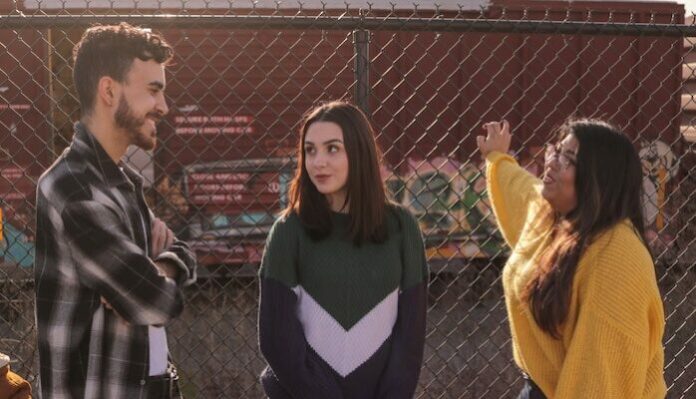 If you’ve ever wondered why some women seem to know how to make a guy fall in love with them so effortlessly, the answer is that it’s all about three little things.

It may seem like they’re not doing anything special in particular, yet the results they get are dramatic.

They never seem to sit around wondering if a guy likes or loves them, because it’s obvious to them and to everyone around them that men fall for them hard and are to be clamoring to be with them.

Fortunately, if you want to know how to get a boyfriend who’s a man of true quality, with a little detective work (and some secrets from a man’s perspective), you can learn how to get a guy to fall in love with you in no time at all.

Women who know what makes men fall in love know it’s these three little things that make a man want to be with you.

1. They let men pursue them

You probably already know this one by now, but it’s the way they don’t chase men that works.

A woman who knows how to make a man fall hard doesn’t stand there waiting to catch him when he does. In fact, she goes on with her life as though a relationship with him is almost the furthest thing from her mind.

She lets him do all the work. He calls, he plans the next date, and he picks up the check.

They do this because they realize that a man falls in love when he gives.

They also understand something fundamental about men: that they thrive on your appreciation and on the satisfaction they feel from making you happy.

If a man gets the sense that you appreciate what he does for you and that he’s making you happy — because you accept what he offers, compliment his judgment and thank him — he’ll be well on his way to falling for you hard.

2. They let him men prove themselves worthy

Once a guy starts falling for you, it’s easy to become impatient. You want to know when you’ll go on another date, when he’s going to call you, or what his plans are.

While that’s understandable, women who know what makes men fall in love remain patient. They let their interactions with a guy unfold naturally, because they want to see how he handles things.

They understand that the concept of courtship involves one person chasing the other and proving themselves worthy in the process, and they let that happen, even though they may sometimes want to call the guy to see what’s up.

They know that patience is their friend and that waiting until he calls allows him to show her whether or not he’s really the kind of guy she wants to keep around.

3. They express their feelings

A woman who knows what makes men fall in love doesn’t waste her time arguing with a guy about how she’s being treated. She simply lets a man know what feels good to her and what doesn’t.

In order for the right guy to fall hard for you, he has to care about how you feel. This is the true test of the quality of a man.

This is why it is vitally important for you to share with him how you feel. If he’s doing something or saying something that doesn’t feel good to you, let him know.

This may seem counterintuitive, but strangely enough, when you tell a man how you feel, even what doesn’t feel good, it inspires him to want to make you feel better. It turns on the protective drive in his nature, which in turn makes him fall for you.

Does this work with all men? Of course not. But it will work with the right man.

The fundamental reasons men fall in love have to do with these three little things.

So remember, don’t chase men. Let them chase you.

Patience is your friend. Give a man time to court you. Courtship is a test of how he values you, so if you start to feel impatient, be sure to breathe, sit back and let him come to you.

Your feelings are gold. They are what truly turn a man on. When you tell him how you feel, he suddenly wants to take care of you without even knowing why.

It’s the little things that make men fall hard, and even if they don’t even know why, now that you know about these three little things, the world of men is your oyster.