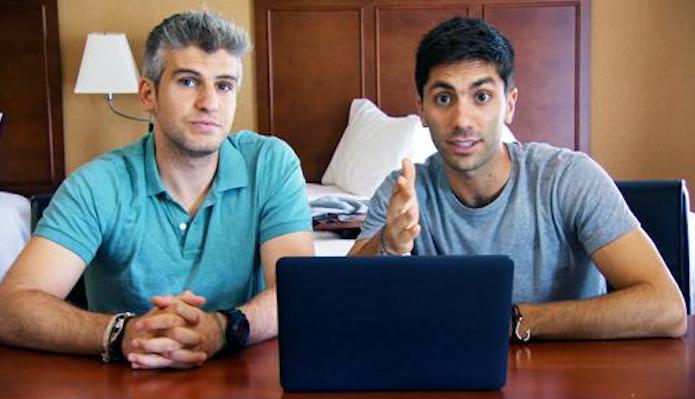 The term “catfish” is something that most, if not all, of us are familiar with, but have yet to experience. If you have lived without contact to social media or the outside world for the past five years and are unaware of the term, catfishing is when someone pretends to be someone they’re not by using social media to create identities to pursue deceptive online romances. While many of us enjoy the MTV show Catfish, there are very few that have been witnesses to the craziness of it all or been able to wrap their brain around why exactly someone would do something like this… Until now.

Let me introduce you to my very own catfish friend “Michael” (Michael is not his real name because he said he would sue me if I used his real name. Insert eyeroll here because there is no way this cheap man would ever pay a lawyer, but for all intents and purposes, we will say his name is Michael. Michael Scott – Yes, he is very similar to the character from The Office). Anyways, let’s jump back into the catfish pond. One day when we were sitting around discussing dating apps, Michael had said that he had recently gotten into a “funk” and decided to start catfishing.

At a loss for words, we all thought that Michael was making a weird joke, but soon realized that he was dead serious. Michael had created a fake profile and was perusing for “fresh meat.” He Googled “Hot Men” to find fake photos to use, he lied about his profession and carried on pretending to be an attractive bicyclist who was very wealthy and doesn’t live across the street from his Mom. When we asked Michael why he would do something like that, he said it was a “psychological experiment.” Pushing it even further, he said it was to justify his belief that all women care about are looks and having money in your pocket.

While we found this to be completely unappealing and mentally disturbing, Michael thought it was funny to toy with these females’ emotions. “Look at the way this one is texting me, as if I’m this guy. She wouldn’t if she knew what I looked like”, “Look how hot this one is, I wouldn’t ever be able to get her with my own picture”, “This one still asks to hang out with me even after all the excuses I have given her not to hang out!” When we asked what he planned on doing with this “information” that he was collecting, he said he just felt satisfied knowing that he was right and all women are only in it for what’s on the surface (WRONG. Men we are all not like that). After a few months of this nonsense, Michael ended up deleting his fake profile when he said that he started to come to his senses and feel bad for leading these women on. It might have also been after he realized late one night when he went to meet one of these lovely women and she wouldn’t sleep with him, considering he looked nothing like his photo. Shocker.

From a psychological standpoint, I can get it. If you are feeling self-conscious about yourself and you are thinking about what it would be like to see the dating world through a different lens, it can sound appealing. What I don’t understand is the outcome; what do you really plan on getting out of it other than feeling worse about yourself? You’re not really able to show that person who you really are, and with that, you are ultimately setting yourself up for failure. Also, even if someone is able to forgive the fact that you have started this “relationship” off with a lie, how are they ever supposed to be able to trust you again?

Lesson to be learned (And it should be a fairly simple one): Don’t catfish! Why on Earth anyone would think a good relationship can come out of it is beyond me. No matter what your reasoning is for it, there is no point to starting a relationship with someone like that because it is going to end up hurting one or both of you. Also, when it comes to online dating, keep your guard up. It may seem easy to give someone your trust, but you don’t really know who that person is until you meet them and spend time with them. Here’s to hoping that they are the person in the photo and they aren’t a serial killer.

Why You Can Believe In Love, But Not Marriage