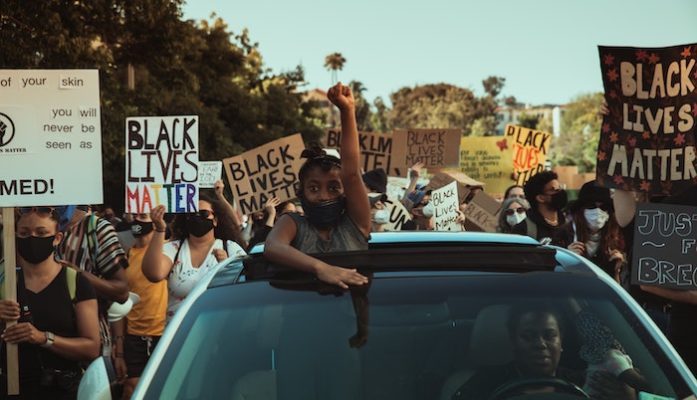 If you’ve been following the news lately, you’ve definitely heard about the events that took place on January 6, 2021, at Capitol Hill. Then, people started to draw a comparison between this riot and the Black Lives Matter protests last summer. However, there’s a huge difference between these two events.

By now we all know about the horrific events that took place on January 6 that led to the historic second impeachment of Donald Trump due to his involvement in the latest terrorist attacks. What I can’t seem to wrap my head around though is how the Capitol riot and the BLM protests are even remotely comparable.

The Capitol Hill riot involved a bunch of mostly white people who were angry that Donald Trump didn’t win the recent election. Our president (our supposed “leader”) told them on Twitter to be ready on January 6 and to “fight like hell” to get “their” country back.

They followed his command and as a result, five people died. In my opinion, that is a far cry from last summer’s Black Lives Matter protests. The BLM protests were about finally saying enough is enough — stop killing us and end police brutality against black people and people of color. The protests were also saying: We are here too, we matter, and we want to be treated equally. That is it. Nothing more, nothing less. Just that. It was never about starting riots that end up taking lives just because people were upset over an election that was, in fact, the most secure and fair in our country’s history.

What also makes my blood boil over this whole situation is the double standard between the two events.

Not only was there a lack of police presence during the Capitol riot, but the ones present were taking pictures with the rioters and even helping them down the Capitol stairs. If this had been a BML protest, there would have been a rapid response team in riot gear. It wouldn’t have been nearly as pleasant for the Black Lives Matter protesters. In fact, it would have been far more violent and deadly because black people and people of color are perceived as more of a threat than white terrorists. Because that makes perfect sense, right? Plot twist: It doesn’t. Well, to me anyway, as a biracial woman, and to anyone with common sense.

These terrorists and our president and everyone else involved in what happened on January 6 need to be held accountable for their actions. After all, that’s what people were saying when BLM protesters broke windows and started fires last summer.

However, the reason they did it was that they were upset about all the people who have been — and continue to be — killed for no damn reason other than the color of their skin. Meanwhile, the Capitol rioters took action because they were angry about a “lost” election. The privilege of their skin color drove their actions. They thought that it was okay and that they wouldn’t be held accountable for their behavior. Simultaneously, though, black people are called “rioters” just for wanting to live another day.

We genuinely need to start seeing the difference between peaceful protesting and violent insurrection.

The difference between fighting against oppression and unjust killing by police and fighting against an election result has proven to be fair and just. Once we sit down and recognize these differences, we will understand the double standard we have for the two different Americas we live in.

Do I think we will ever fully understand this? No. But we have to start somewhere. And it starts with realizing that we need to start referring to things by their actual names. A peaceful protest for equality and human rights and the other a violent act conducted by people who knew their privilege would protect them from consequences. Do you see the difference? I certainly do, and I hope others will start to as well. It’s necessary to know the difference between fighting for your life and white privilege and all that comes with it. And it’s time we realize it.

Photo by Sean Lee on Unsplash