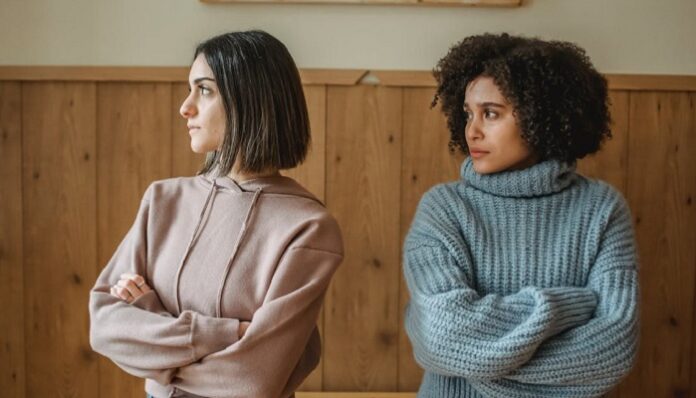 I can say from experience that it’s not fun nor easy to push people out of your life. Sometimes, you just can’t let go, especially if you’ve been friends for a long time. But if they are toxic? What if they stabbed you in the back? Should you still be friends, then? Should you give them a second chance? And should you ever trust them again?

I’ve asked myself these very exact questions. You can think, “Well, they did me wrong, so no, I don’t want them back in my life.” But, on the other hand, having toxic people in your life, isn’t technically a bad thing sometimes. The struggles that we face in our lives, the ups and downs, aren’t meant to kill or destroy us. Instead, they’re meant to make us stronger. It may be hard to believe, but I’ve learned this the hard way through my struggles.

My best friend stabbed me in the back and then ended up with my boyfriend.

Was I frustrated? Yes. Did she deserve a second chance? No. Did she deserve to be out of my life? Yes. Thanks to that, I learned that I should’ve focused more on myself from the very start. For example, I never should have gotten into a relationship I wasn’t ready for. Still, did I welcome her back into my life? Yes. Did she gain my trust again? No. After all, that’s where you should draw the line.

One of my close friends threw me under the bus at work and tried to get me in trouble. At first,I was very frustrated, but I wasn’t going to lower myself to her level. So I let her into my life.

Toxic people tend to oppress, manipulate and criticize you. You have to be stronger than the without letting their mind games get to you. Don’t let their negative energy impact you; instead, let it make you stronger.

Toxic people want to see you fail. So, work harder and prove them wrong. They don’t want you to grow. So, work smarter and don’t stop. The feeling of trying to prove them is the best thing in the world. It gives you a sense of accomplishment.

So, push those toxic people out of your life. But if you keep them, make sure to prove them and show them what you’re capable of. You will get to see that you’re stronger than them.