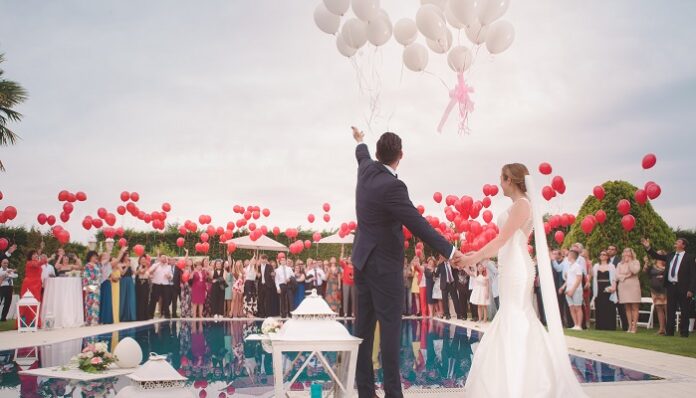 I had never been to a wedding before when I took a trip to Croatia with my mom in 2017. I had been to a funeral, but not a wedding.

And I always hoped to be able to go to one but figured I wouldn’t be able to until my friends and I were old enough to start getting married.

But then I got a chance to go to a wedding, and it was something I could never have expected.

My parents are both from Croatia, so we would go to visit family and friends. We spent a lot of our trip just dropping in on people to surprise them. Since it was summer, most people were bored at home anyway, so it was fun to pop in and say hi.

We were dropping in on my mom’s friend, who owned a restaurant in a smaller town in the north of Croatia. We went to the restaurant to get some lunch, then said hi to the friend, who was happy to see us.

However, she said she couldn’t stay and catch up for long because she had to go to a wedding. So, we said we’d stay with her until the moment she had to get to the ceremony.

Then we saw the wedding procession. A huge group of people went marching through the town holding Croatian flags. They were all headed toward a small church.

“Why don’t you just join in?” my mom’s friend asked. “No one will notice.”

We were definitely not dressed for a wedding – I was wearing a Doctor Who T-shirt. We walked along with the wedding procession so we could continue talking to my mom’s friend. The plan was to veer out of the procession once they started entering the church.

But the crowd swept us up, all of them assuming we were meant to be there. And suddenly, we were standing in the back of the church watching the ceremony.

At that point, I had no clue who was getting married. And we were so far back in the church we couldn’t even hear what they were saying.

There were two toddlers in the back of the church re-enacting the wedding by babbling nonsense at each other. So we were more invested in the kids’ version of the wedding than the real one occurring right in front of us.

When the ceremony ended, we exited the church and threw flower petals at the bride and groom.

And who was the bride? Turns out it was the daughter of someone my mom went to high school with!

My mom insisted that she needed to say hi to the mother of the bride while I was trying to convince her to steer clear of her.

But my mom is more confident than I’ll ever be, so she went right up to this person she had not seen in years and congratulated her and her daughter. At the moment, it was cringey beyond words. In hindsight, the look of utter confusion on her face was hilarious.

We obviously didn’t intrude on the reception. We left my mom’s friend to enjoy the festivities and continued on our merry way, popping in on another old friend.

It cracks me up that the first wedding I ever attended was crashed. But just a year later, I got to attend my cousin’s wedding, which she actually invited me to.

Do you have any wedding crashing stories? Let us know in the comments!

5 Expectations You Have That Come Off As Rude To Your...