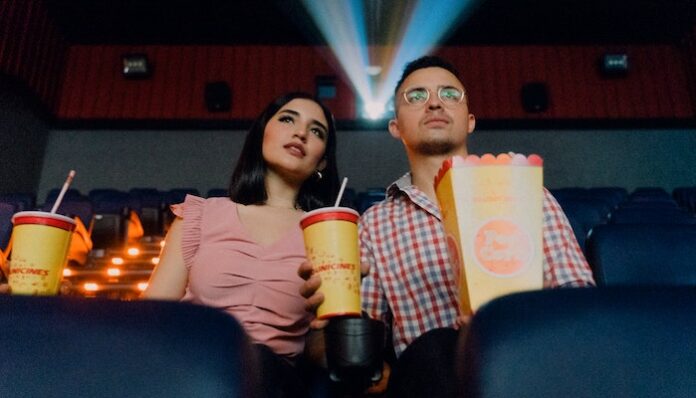 May can be a busy time for everyone, so if the month ahead looks hectic, you may not be keeping up with movie releases.  But have no fear — I’m here to keep you up-to-date on the biggest upcoming movie releases on the silver screen and the small screen alike. Here are six major movie releases that are coming out this May!

1. Doctor Strange in the Multiverse of Madness

Multiverse of Madness is the newest addition to the Marvel catalog. Featuring the return of beloved characters Doctor Strange and Scarlet Witch, Multiverse of Madness features Doctor Strange traversing the Marvel multiverse to reverse the mistakes he made in Spiderman: No Way Home. With Sam Raimi at the helm, this film promises to be a mix of the humor and action we’ve come to expect from Marvel and the strange, dark undertones from the comics that the series has only slightly touched on thus far.

The long-awaited sequel to the 1980s blockbuster is here! Top Gun: Maverick sees Cruise reprising the role of Pete “Maverick” Mitchell, this time stepping up as a mentor as he leads a new class of Top Gun graduates on a special mission. Cruise is always one for practical stunts, so I’m sure this film. will be full of action and adventure.

Starring Colin Firth, Netflix Original Operation Mincemeat recounts the real-life mission of the same name — in which the Allies plan an all-out invasion of Sicily in an attempt to destroy Hitler’s growing hold on Europe. The trials and tribulations of this deadly plan will test the Allies’ merit and grit. The Allied invasion of Sicily proved to be a major turning point of World War II, and the risky and improbable events leading up to it are truly fascinating and more than worth the watch.

Pleasure tells the story of Bella Cherry (Sofia Kappel), a young Swedish girl who moves to Los Angeles to make it big in the adult film industry. This film dives into the ins and outs of the adult film industry, examining how far someone is willing to go to make it big in an industry in which the lines between fiction and reality can sometimes be blurry. This provocative but endearing film will take you through Bella’s growth as she sets out to rise to the top of a challenging industry.

Rescue Rangers is set in a world where cartoons and real life coexist, and features the return of its titular characters 30 years after the end of the original series. Now living very separate lives, Rescue Rangers sees Chip and Dale reunite on an adventure to find a friend who has mysteriously vanished. With the voice talents of John Mulaney and Andy Samberg, this movie proves to be a whole lot of fun. If you want to have a fun movie night with some friends and some drinks, this is the perfect movie to watch!

Based on the funny, wildly successful TV series, The Bob’s Burgers Movie sees the Belchers working to keep their restaurant together after a water pipe burst causes a sinkhole to block the entrance to the restaurant. Meanwhile, the Belcher kids go on their own adventure to solve a mystery that may hold the key to saving the family business. Bob’s Burgers has always been known for its big laughs and huge heart, and with the original cast reprising their roles for the silver screen, this movie promises to deliver on the humor and  emotion that hooked audiences in the first place.

Are there any other big movies that you’re looking forward to watching? Let us know in the comments!

Why Losing A Pet Will Never Not Be Heartbreaking