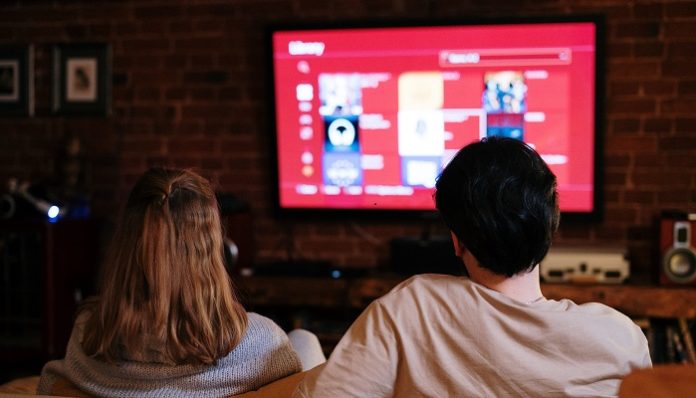 Mark your calendars! Fall is the best time of the year to start some new shows, and with so many to choose from, it can be hard to decide which you want to dedicate your time to.

Luckily, we’ve taken all the guesswork out of it and rounded up the fourteen shows that you don’t want to miss this season.

Here are the biggest series premieres across cable networks and streaming platforms that you can look forward to this fall:

In its fourth and final season, Justin Simien’s dramedy will tackle questions of race relations on campus in the form of a 90s-inspired musical. Reunited amid a pandemic, Sam and Lionel look back on their epic last year together at Winchester.

The Galactic Empire has brought peace to thousands of worlds, but the beliefs and rebellion of one man now threaten their very existence. Lee Pace and Jared Harris star in the show.

Haunting of Hill House creator Mike Flanagan has conjured up another creepy tale. This time, the story is about isolated Crockett Island beset by supernatural, miraculous events and frightening omens following the arrival of a charismatic, mysterious young priest.

This beloved HBO dramedy about the Roy family and their squabbles over who will rule their media empire finally returns for its third season.

From the Producers of Shameless, Maid is Inspired by the New York Times best-selling memoir about poverty in America. This is one woman’s incredible story of hard work, low pay, and a mother’s will to survive.

Michael Keaton and Rosario Dawson star in an examination of how one company triggered the worst drug epidemic in American history.

Queens centers on a girl group that reunites in their 40s to make music again and take back their crowns. Real-life 90s icons Eve and Brandy star.

Hold onto your humanity. Inspired by H.G. Wells’ War of the Worlds, Invasion follows an alien attack on Earth, as told from the viewpoints of multiple characters all across the world.

The series finds him living under an assumed name in the small town of Iron Lake, New York. While Dexter may be embracing his new life, unexpected events in this close-knit community soon cause a stir.

Based on an incredible true story and hit podcast, Paul Rudd stars a doctor who takes over all decision-making powers for his meek patient, played by Will Ferrell.

The next in the lineup of Marvel Studios shows gives center stage to Jeremy Renner’s arrow-slinging superhero and his new protege, played by Hailee Steinfeld.

Enjoy a three-part documentary culled from 60 hours of never-before-seen footage and 150 hours of unheard audio from the Beatles’ 1969 recording sessions for the album Let It Be. It will give music fans a new look into the world’s most popular band.

14. The Book of Boba Fett —  Coming December on Disney+

What are some shows you’re most looking forward to watching this fall? Drop us a comment below to let us know!

The More Time You Spend With Your Mom, The Longer She’ll...