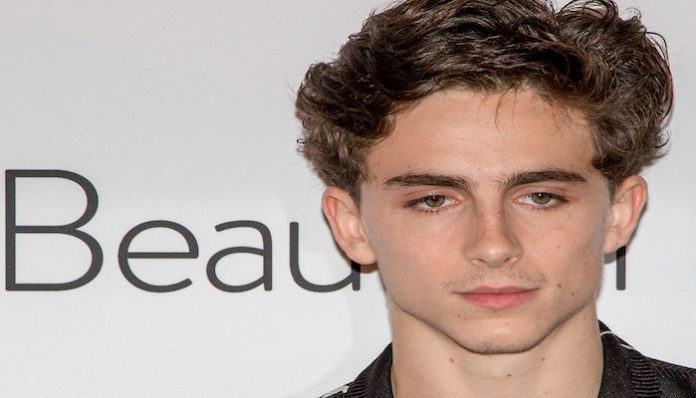 What does “written by women” mean? And where did this phrase come from? The phrase gained popularity on TikTok in the summer of 2021 and was created to describe men who were kind, respectful of women, and unafraid of channeling their own femininity. Here are nine of our favorite celebrity men “written by a woman.”

Okay, can we first discuss the absolute chokehold this man has on women in their 20s? Not only is he absolutely gorgeous (the eyes, the curls, ugh!), but he is also an unproblematic feminist king! For example, there are many videos of him at concerts giving ladies the utmost respect. He has also said on multiple occasions that he does not have a type (i.e., he isn’t only going to date women with a “perfect” — according to our society — body).

This country singer is truly the best husband and girl dad ever to exist. His song “Die A Happy Man” (written for his wife, Lauren) made all women swoon over his sweet lyrics and poetic love story. But, while his words are sweet and totally swoon-worthy, they are not that of a perfect man. And I think that’s why he resonates with so many women.

Also, let’s talk about his love for his wife and daughters. The story of Rhett and his wife is an absolute dream! They grew up together, and he pined after her for years before she gave him a chance. Now they have four beautiful children (one of which the couple adopted from Africa shortly before finding out Lauren was pregnant). Also, they have plans to adopt more children in the future!

Not only is he extremely sexy, but his love and respect for women run in his veins. He once said, “I’m raised by strong women. Since the majority of people in power are men, when we speak up, it gives them firmer ground to stand on when we support them.”

He is involved with multiple charity organizations and is a total gentleman as well. His motto: “Always pick up the tab, and she never touches the doorknob.”

Are MGG and Dr. Spencer Reid the same person? Absolutely! We love how he’s a little awkward and doesn’t take life too seriously. Plus, who doesn’t like a man who can make a mean Halloween costume? He’s got a wicked fashion sense and great manners (so yes, you can totally take him home to Mom) and loves animals! MGG is also big on charity and frequently donates to various organizations.

And we need to talk about how he talks about his mom (it just makes me so angsty). He describes her as “the loveliest mom” and “a beautiful force of nature.” You gotta love a momma’s boy, amirite? And the fact that he will not hate on his ex Kat Dennings? A king. Tp this day, he says that he still loves and admires her and that she is the most wonderful person.

Captain America, Steve Rogers, America’s Ass, feminist king. This man was created for the female gaze. The eyes, the hair, the beard, the body — it’s the perfect storm. Not only does he deeply admire women, but he loves feminist literature and was all ears for the #MeToo movement.

What’s more, Evans recalled his anger after finding out the sexual assault scene in the 1972 movie Last Tango In Paris had been planned by Bernardo Bertolucci without the consent of actress Maria Schnider. His motto is to “listen more, talk less,” which is always great advice for men trying to find themselves on their journey to feminism.

Can we make a list like this without including Mark Ruffalo? The answer is NO. This man — gorgeous and talented — is the definition of a male feminist. A million times he displayed his passion for feminism, one of which was when he told his mother’s abortion story to advocate for a women’s right to choose.

Also, can we talk about that interview where he and Scarlett Johansson switched questions to show how sexist comments are directed at women? Iconic! If you don’t know, Ruffalo answered questions about his diet, red carpet style, and makeup tips, while ScarJo got to answer the fun questions about character development.

Plus, he posts the cutest photos of his cats online!

A human cinnamon roll, to say the least; thank you very much. This respectful king does not touch women in photos just because he can. He’s also one of the few men in Hollywood who doesn’t use his power and fame as an excuse to date and hold power over younger women. In addition, Reeves is big on charity — most importantly, humble philanthropy — so he doesn’t announce every single donation he makes. For example, one time, he gave $20,000 to a set designer because they were struggling financially.

This man is the most unproblematic — and can we talk about the curls and his eyes?. ‘Lil Timmy Tim is doing everything he can to reshape masculinity in the media. With daring fashion choices and the hints of femininity he displays in his day-to-day life, he is becoming the Leonardo DiCaprio of our generation.

Chalamet is also big on helping and advocating for others. For example, he created a hoodie with designer Haier Ackermann to support women and children suffering at the hands of the humanitarian crisis in Afghanistan. And after hearing about the sexual assault claims against Woody Allen (whose movie he had just recently starred in at the time), he denounced the director. Then, he donated his entire salary from the movie to RAINN, Time’s Up, and The LGBT Center in New York City.

He’s also extremely smart and loves literature, and we love a man who loves reading. Plus, he starred in Call Me By Your Name, a movie about a young boy falling in love with his father’s intern. Chalamet admitted that the film was important and that people need to understand that the relationship was toxic and had a major power imbalance.

This list would simply be incomplete without Harry Styles. The eyes, the curls, the style — it’s all there. And he is the most unproblematic, feminist man on the planet. This man is doing the most!

Styles wore a dress as the first man on the cover of Vogue, which made people adore him but also criticize him. Candance Owens’ “bring back manly men” was the most prominent of this criticism,  but he was quickly mocked by Harry on his Instagram. He is also a supporter of HeForShe and has said before that “feminist ideals are pretty straightforward.”

Once, Styles also stuck up for his fans by reminding an interviewer that young girls are our future.

These men are all out there showing men and women that gender is a construct, love is always the most important, and women are our future. Also, all of these men take on feminism in their own amazing and powerful ways.