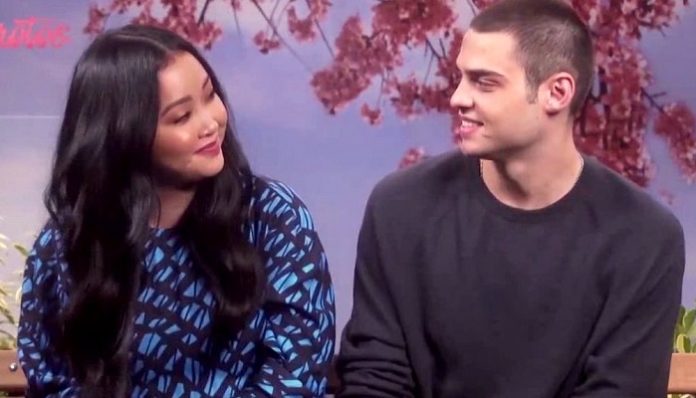 After the wildly successful Netflix show To All the Boys I’ve Loved Before, based on novel by Jenny Han, fans cannot stop talking about how fantastic the show is. Its wild popularity has spawned multiple new trends, such as starting to write love letters again (to the delight of every hopeless romantic), and even girls coming clean to their crushes.

The latest trend to emerge over the past few days has been women sharing their little messages ‘to all the boys who’ did certain things to them.

What started off as a sweet gesture quickly turned into a savage roast on men in general.

These kinds of boys are the absolute worst. And they are so damn common, too.

To All The Boys Who’ve Asked Me “Who’s Your Friend?” Before

WHY DO BOYS THINK IT’S OKAY TO SAY THIS TO US, ESPECIALLY WHEN WE HAVE A SECRET CRUSH ON THEM!?

The saying we learned when we were kids was true; boys go to Jupiter to get more stupider and girls go to college to get more knowledge. They only piggyback off of us because they aren’t as intelligent as we are.

You still feel pressured to be nice to them because you know they have an advantage on you, but you still hate them. So be honest, girls.

If you have this perfume, you would find this totally relatable.

Mark my words, every man will love this scent and then say they hate it when they found out that it’s One Direction’s.

To All The Boys Who Made It Into My Snapchat Bestfriends But Never Got The Nudes They Begged For.

Bet they are still pissed about that, eh?

To All the Boys Who Said, “We Should Do This Again Sometime” & Never Texted Me Back

We know who they are and we remember what they said perfectly, so you can’t erase that memory.

They always say they’ll come to us when they are ready… but they never do. Unless they’re bored and have no one better to do. (Notice how I didn’t say “nothing?”)

They know how to be romantic, don’t they?

Brownie points if it’s only after 10pm.

Silly boys, we always have screenshots.

They have no understanding of how beautiful our intelligence is.

Why do they think this is acceptable?

To All The Boys Who Actually Thought We Was Gonna Link.

Men always get the upper hand on us girls, always.

Women can be just as stupid too, OK? But at least we know we’re stupid while doing it; we just think they’re going to change, even though they won’t.

To All The Boys Who Lacked Emotional Intelligence

I would love to expand on this thought, because guys are just that dumb.

But what can you do?

YES GIRL, YOU ARE A QUEEN! Tell those stupid boys!

To All The Boys Who Have Sexually Harassed Women, May You All End Up In Jail Or In Hell But Both Would Be Great

I hope worse things happen to them. But you tell them, sis!

To All The Boys I Fell In Love With Because Of The Way I Romantized Who They Were In My Head When In Reality They Didn't Care About Me At All.

This is literally my life story.

Can any other girls else relate? Because I certainly can.

Obviously, women know just how horrible men can be, but they ended up turning this trend into a vent-fest where every woman could relate to their stories in one form or another. I found all of these tweets hilarious and relatable! I’m glad I’m not the only one who isn’t amused by a man’s stupidity.

So, to all the boys who read this and felt a slight ounce of guilt because you treated someone horribly and could remember a time where you were in a circumstance like one of the one’s above, I hope this finds you well.

And I really hope you change your ways.

Featured image via Cris e Panda on YouTube / CC BY