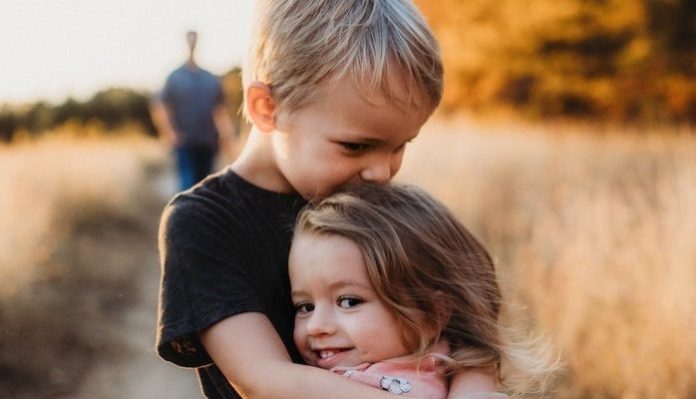 If I were to head out to a bar in Paris or Rome or Bejing or Moscow, chances are, out of the blue, my brother would walk in. And it wouldn’t be something I planned or he planned; hell, I wouldn’t even know he was in Beijing!

It’s just that my brother, Dave and I. I love my brother and we always manage to connect somehow. No matter what seems to happen to us good/bad/ugly, who’s roamed away over the course of the past 40 years, geographically (and sometimes mentally) we’ve always managed to find each other again before very long. That’s what brotherly love is all about.

It’s pretty simple: We’re brothers. We’re blood. The ties that bind us aren’t separable; we can’t snip them with words or swords; we can’t forget about them or pretend they’re not there. Because they are there. Our lives are intrinsically linked beyond mere buzzwords like love, duty, or friendship.

Dave and I are wrapped around separate bones, watching the the world go by through different sets of eyes and all, but none of that really matters because we share a soul.

Laugh if you want at the sentiment, but I know what’s up. I’ve got half a soul, a big one, a good one, and my brother’s got the other half. So in that spirit, I wanted to write about brotherhood and brotherly love. I could have come up with 10 million of these reasons but I’m meeting Dave later this morning for some coffee and smokes.

So here are 5 reasons your brother is the most important in your life:

There’s something badass about the way that a brother will listen to some song you want to play him even though you know he’s got his own taste and digs the music he digs. My brother will always take a minute to check out some song I absolutely need him to hear, simply because I love it so much and I really want him to love it, too.

With most people, your own personal joy about something as simple as a song is rarely infectious to the point where they either: a) give a damn or b) actually track down the song and buy it, in attempt to share in your latest musical freakout. But with Dave and I, there’s never any hesitation or doubt; we always love hearing what the other dude is currently loving.

2. His mere presence will remind you of what matters in life.

True brotherhood is so natural and flowing that even if you have to work at it sometimes it doesn’t really matter. You grow older, life confuses you by making you think you’re learning what’s most important when you’re usually just forgetting it. Brothers remind us of a time in our life when we knew what really mattered.

If you grew up with a brother and you were reasonably close in age, then no matter whether you were a sister or a bro yourself, you probably spent entire summers riding around on bikes, climbing construction site dirt piles, drinking cans of Dr. Pepper in the shade of the park trees on hot, quiet afternoons when it seemed like the entire planet was paralyzed by it’s own boredom.

That feeling was probably the best any of us ever had. And if we were lucky, we shared it with a dude who still reminds us of something bigger and better than the rat race rat that has us stuck in its teeth like a lunch hour chive.

3. He will fight for you even when he’s fighting you.

Brothers, the best ones anyway, they never forget. Even if you two are literally in the middle of an epic fight and things aren’t looking too good, if someone else steps in and tries to cut you down, your brother will instantly come to your defense, no questions asked.

It’s not even something that a brother thinks about for a moment. It’s an instinct, a heart/soul/gut reaction made out of lightning and interstellar sky. He will protect you, no matter what the situation or how bad the odds are stacked against you.

I dig knowing my brother knows that if the sh*t hits the fans, I’ll be right there beside him, my arms spread out like Wolverine (I have a Wolverine physique), and my mouth wide open with a warrior howl. And I know he’d be there for me probably even quicker, hulking out right there by my side when I need him.

That’s why I find the brotherhood dynamic so magical. When two brothers are lucky enough (or born into the kind of groove that me and my brother were born into) by the time you’re eleven or twelve you start to realize that even if he tosses his opinions at you like circus elephant peanuts, he can never, ever judge your sorry ass. He just can’t. And he won’t.

Bad relationships, money problems, drugs, booze, you gambled away your kid’s crib and you’re a liar and a thief, a brother will sigh/crack his knuckles/look you in the eye/tell you you f-ed up. But he’ll also tell you everything will be okay. Because it has to be. Because you’re brothers. And because you need to keep each other propped up so this brotherhood thing can play out until the every bitter end.

5. He loves your kids like they are his own.

Dave loves my kids so much, even if they stun him with their ability to wreak havoc like he’s never, ever seen before in his life. If your brother doesn’t love your kids this way, the way he ought to, the way you and the kids need him to, then I’m sorry about that. I really am.

Because my brother’s presence in my three kids’ lives is critical to every facet of my existence. And to his existence, too. I can see it in his eyes when he watches one of my kids leaping from the couch arm, soaring through the air, coming in for a landing right on Uncle Dave’s cup of coffee.

Sometimes, everything is perfect.

Photo by Patty Brito on Unsplash

6 Behaviors You Should Start At The Beginning Of A New...