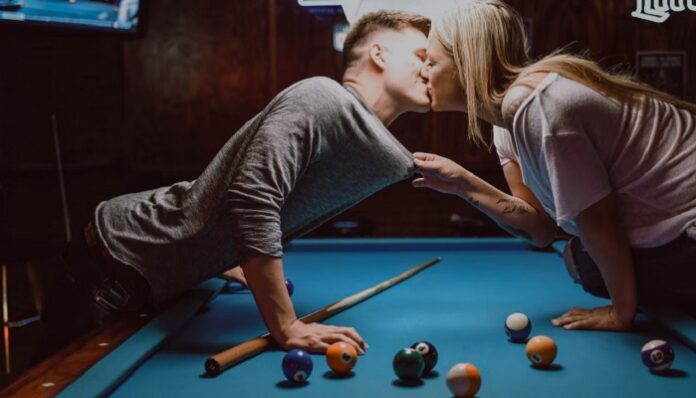 “He never calls!” Jeanette mournfully tells her friends. She and Rick have been dating for over a month now. They have a great time when they’re out together, and he recently spent the weekend at her apartment.

The trouble with Rick is that he is hard to read. He tells Jeanette how gorgeous she is and how much fun she is to be around, but then he rarely calls or texts her. She knows how busy Rick is with work and doesn’t want to seem needy, but she’s confused about where this is going or if it’s going anywhere.

Jeanette’s friends understand exactly where she’s coming from because they’ve been there too. They give her dating advice, telling her to be patient and see what Rick does next.

Yes, it’s the 21st century, and plenty of women are in this frustrating situation. Unfortunately, while a lot has changed regarding gender dynamics in heterosexual love relationships, a lot has stayed the same. Many heterosexual women still leave it to the man to make the first move first, whether it’s asking her out on their first date or moving their relationship to the next level of commitment.

This isn’t always the case, but it frequently is. The idea of approaching a guy she’s interested in may seem somehow pushy or forward to a woman. She might not buy into traditional gender roles, but it just feels odd, or she doesn’t want to risk getting rejected. So, instead, she leaves it to him to ask her. This leaves both women and men in an awkward position.

The woman might get impatient and wish that the guy would pick up on her flirting, cues, and not-so-subtle hints. The man might feel irritated by her unwillingness to be upfront about what she wants. (After all, he could be resistant to taking a risk too!) He might even feel manipulated by her hints or passive-aggressive behaviors designed to steer him in a particular direction.

Women, you don’t have to hold yourself back around a guy! If you choose, you can make the first move wisely. Here’s how.

1. Be clear about what you want.

Internal confusion and insecurity are two reasons why women (and men) don’t take the next step in starting a relationship or deepening the commitment in an existing relationship. Especially in the early stages of a relationship, there are lots of questions.

Whether you are single, in a committed relationship, or something in-between, take regular time to know what you want and what you’re open to. This will change, so don’t assume that just because casually dating with no strings was OK with you three months ago, it is still OK with you today.

The big mistake many people make is that they base their actions on what they think the other person wants. This approach is trouble because it takes you away from what you want and causes the assumption that you can accurately know what your partner, date, or prospective partner wants.

First and foremost, know what’s most important to you and honor that.

Of course, nobody wants to declare her (or his) love for another person only to be laughed at or ignored. This “making the first move” stuff is risky business!

Try to be as objective as you can when deciding what move you will make, if any. Really listen to the words that your date or partner says to you. Don’t fill in the blanks or guess their “real” meaning. Instead, take the actions and words of the other person at face value. If something the other person says or does seem fake, focus on what feels real.

Pay attention to patterns in observable behavior as you do this. Having the facts — as best as you know them — will allow you to make an informed choice about what is right for you.

For instance, if the guy you’re dating rarely calls or texts you but is eager to have sex with you anytime he wants, this is a pattern of behavior to notice. You might not know exactly what his intentions are, but you can see what his habits have been.

You get to decide what (and whom) is a match for you and what or who is not. If it’s important to you to stay in touch with your partner and feel like there’s more to your relationship than just something intimate, let that be known.

Without criticism, be honest about what you’re looking for and see if it fits with your partner’s wants and is actually doing.

You don’t have to make the first move blindly. Instead, stay in touch with what you want and be clear about the facts of your situation. Let this guide you in deciding whether to ask him out, text him first or move on with your life instead.

My Best Friend Catfished Me But Refuses To Admit It