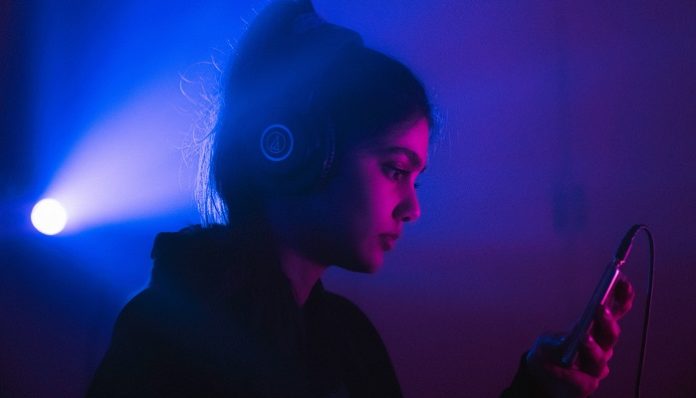 2021 was a bomb year for music. In September, I wrote an article highlighting my favorite songs of the year so far. Since then, a ton of more great music has come out!

Adele truly waited until almost the end of the year to hit us with “30,” one of 2021’s biggest albums! As we all know, Adele’s albums are always highly anticipated because they come out so rarely. And this one did not disappoint!

This song goes deep into Adele’s divorce, with her voice demanding to be heard. You can also tell how deeply she’s feeling every lyric.

Oh Wonder’s “22 Break” album is probably the only breakup album in history written by a duo as they were breaking up. Luckily, the story has a happy ending because while writing their breakup album, they were able to address their issues and mend the relationship.

For an album with such an upsetting premise, it has a surprising number of bops. Also, the accompanying film is very thought-provoking.

This song technically came out at the very end of 2020, but it’s so good I let it slide. Everything from the soundscape to the lyrics to Jacob Collier’s background harmonies is perfect.

SZA’s singing is so fast that she subtly lets out some incredible lines without anyone noticing, so I recommend listening while reading the lyrics.

Though “Mama Werewolf” isn’t one of the more popular tracks on Brandi Carlile’s latest Grammy-nominated album, it’s a song that lives in my brain rent-free.

This is the only song I can think of where a mother asks her children to stand up to her. AND it compares the situation to using a silver bullet to stop a werewolf! Genius.

I love how a pop song addresses the cyclical nature of relationships. Also, the distorted guitar parts are sick.

6.  “Found My Friends” by Hayley Kiyoko

Hayley Kiyoko only makes bangers. Prove me wrong. This is one to listen to in the car with the windows rolled down.

This song is about dodie’s experiences with depersonalization and derealization. It’s heartbreaking but beautifully written. She released a live version of this song on her first EP, but this studio version hits different in all the best ways.

8. “Smokin’ Out the Window” by Silk Sonic

Just when you thought Bruno Mars and Anderson .Paak couldn’t follow up “Leave the Door Open,” they dropped this track. Smooth as butter and super catchy.

This song marks the start of Sleeping At Last’s “Atlas: Year 3” project, which is shaping up to be his most personal work yet, zooming in even more on the human experience.

10. “The Other Side” by Jazmine Sullivan

If the only song you know by Jazmine Sullivan is “Bust Your Windows,” it’s time to change that. Her low notes, crazy runs, and belts are just perfection.

This song is reminiscent of older Alicia Keys songs like “If I Ain’t Got You” while adding a more contemporary spin.

This song is life-ruining in all the best ways. All the songs from Bo’s “Inside” special are great, but “All Eyes On Me” is such a dark yet compelling look into his pandemic-induced mental state.

13. “Dancing With the Devil” by Demi Lovato

Demi Lovato has been through a lot, and their latest album, “Dancing With the Devil: The Art of Starting Over,” shows that whole journey beautifully. I can’t imagine how much strength it took them to reenact what was probably one of the most traumatic events in their life for the sake of art.

ROSALÍA’s vibrato is to die for. Even if you don’t speak Spanish, you can feel the emotion in her voice.

I’m not even a Swiftie, and I still know this song and its short film are ART. What an incredible exploration of toxic relationships.

Which songs did I miss? Let us know in the comments!