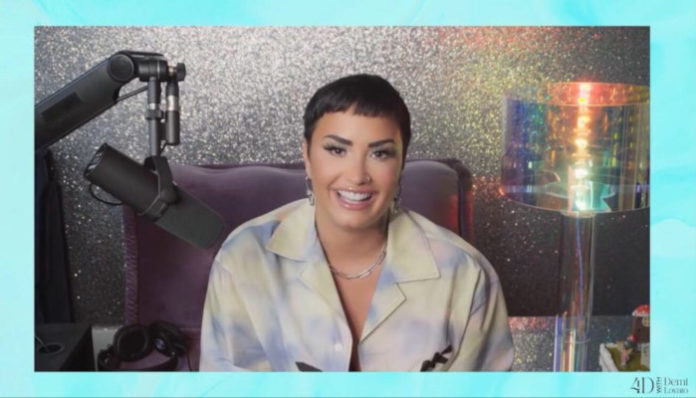 Like most of the world, I woke up this morning to see an exciting headline about one of my favorite music artists, Demi Lovato.

According to Lovato, this revelation isn’t new. However, it did take time and self-reflection for them to determine their nonbinary identity.

For many fans of the Disney-Channel-celeb-turned-pop-superstar, though, Lovato’s nonbinary identity isn’t entirely shocking. In fact, Lovato dropped several hints about their queerness in their recent docuseries. They also alluded to their identity during an interview with Entertainment Weekly earlier this year and on several of the songs from their latest album, Dancing With The Devil… The Art of Starting Over.

As someone who has personally never subscribed to gender norms, I find Lovato’s announcement both validating and incredibly empowering. Many people, like Lovato, feel like they don’t fit into “gender binary” boxes and instead find themselves on an evolving gender spectrum.

By breaking out of the societal expectations surrounding gender and living their truth, Demi Lovato is helping countless people who share these feelings of fluidity but can’t yet express their identities publicly.

Lovato’s announcement is deeply personal – they said, “Sharing [my nonbinary identity] with you now opens another level of vulnerability for me.” They also said sharing that they identify outside of the gender binary isn’t just for them, but rather “for those out there [who] haven’t been able to share who they truly are with their loved ones.”

According to a recent Gallup poll, approximately 6 percent of all adults in the United States identify as LGBTQ+. Furthermore, nearly 1 in 6 Gen Z adults are part of the LGBTQ+ community. However, many people who identify as LGBTQ+ face mental health complications because others negatively judge them for their identities.

Personally, I hope that Lovato’s vulnerability and openness helps other people who identify as non-binary or genderqueer feel validated. What’s more, I hope that Lovato’s coming out as nonbinary helps start conversations that benefit the LGBTQ+ community. After all, as Lovato says, “I think love is love. You can find it in any gender.”

Help Me, I’m Home: 5 Winter Break Scenarios That Will Drive...