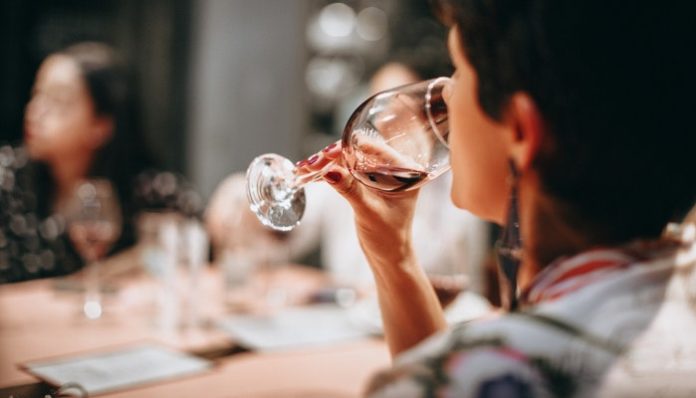 I grew up in a family who completely normalized regular alcohol consumption like it was no big deal. Family gatherings often included more coolers and kegs of beer than food or other types of beverages. What’s more, pretty much everyone over the age of 18 would have a beer or glass of wine in their hand the entire night. The running joke was that because of Irish and German heritage, this is what we do.

While I typically laughed off the notion that alcoholism was “in our genes,” my family’s excuse for heavy alcohol consumption may not be all that far-fetched. In fact, studies show that several genes can increase the potential for alcohol dependence.

From watching my family, I learned two things:

Although I’ve never officially received a diagnosis for alcohol dependence or been to treatment, my relationship with alcohol is complicated, mainly because of the messages about drinking that I internalized during my youth.

In high school, I started drinking at parties on a fairly regular basis because I believed more people liked the me they saw when I was “buzzed.” Alcohol also “helped” me dull the internal pain and constant fear I lived with. I still drink for these reasons, and once I start drinking, I find it hard to stop. In fact, it’s not hard for me to down three or four strong drinks within an hour.

I never realized this type of drinking wasn’t normal because my family always acted like it was. Nobody ever used words like “addiction” or “dependence” in my family, even when someone would lose their license for DUI charges or develop an alcohol-related health complication. Everyone just keeps drinking because that’s “just what this family does.”

When I briefly worked at a residential drug and alcohol treatment center a couple of years ago, I learned just how prevalent the problem of multi-generational alcoholism really is.

As I listened to dozens of people share their stories at 12-step meetings, I heard lots of tales that mirrored my own life in so many ways. I realized in those moments that the normalization of alcoholism is a real problem — and it’s a problem we really need to address.

Almost everywhere we turn around, we see memes about moms drinking to deal with their kids and men going out to bars as a way to make friends or pick up women. We can buy drinks everywhere we go, and companies advertise alcohol consumption the way they advertised cigarettes in the 1950s.

When children see these media images and family alcoholism, it sends the message that everyone drinks all the time. This perpetuates early alcoholism and related disorders like drunkorexia and binge drinking.

According to the Substance Abuse and Mental Health Services Administration, nearly 15 million people in the United States live with an alcohol use disorder. Yet not even 10 percent of these people attend treatment because most people don’t see the magnitude of their problem.

However, we can change this if we rewrite the narrative on family alcoholism.

We must stop using things like heritage or traditions as a justification for overindulgence. Drinking in moderation does exist, and it’s much healthier. When kids see parents practice moderation, it helps them realize what healthy consumption looks like — and they will remember this as they grow up. When adults observe other adults drink in moderation, it helps them feel less pressured to drink beyond their limits. It means everyone can drink together without consuming unhealthy levels of alcohol.

Also, we need to stop normalizing alcohol as a coping mechanism within the family structure. When people use alcohol to cope, it doesn’t make the underlying symptoms they face go away — but swapping the bottle for something else could.

Out of over 50 people across multiple generations in my family, I’m the only one who ever sought help for my mental health conditions. However, I’m sure that many of my family members who consume large amounts of alcohol probably live with undiagnosed conditions. If they’d simply put down the bottle and try something different, they’d likely need that alcohol less and less over time.

I don’t mean to share my story as a means to shame my family or paint them in a bad light because they’re truly great people. But I do hope that sharing this does help other people stop and think. There’s a fine line between social drinking and the normalization of alcoholism, and in many cases, we’re far from the space of simple social drinking.

Alcoholism is a serious, potentially fatal problem. And it’s time we stop normalizing that.

Previously Published on The Mighty

Photo by Helena Lopes from Pexels

What I Learned From Being In A Sexless Relationship 

Why Memorial Day Means More To Me Because I Have A...