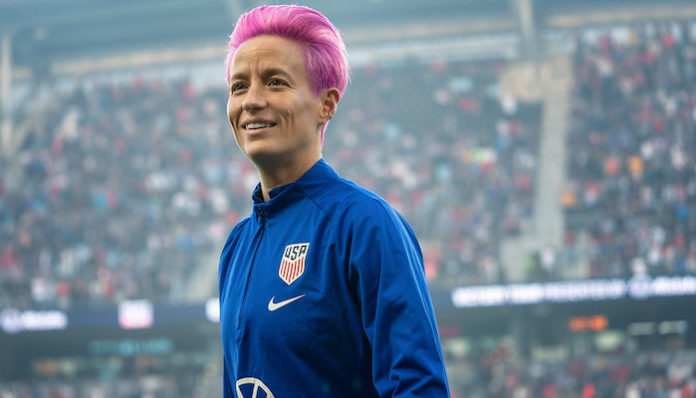 We see sexism in every aspect of sports, – the pay, the lack of representation, the sexualization of just about everything women athletes do, and the idea that it’s “silly” when women have a deep knowledge of sports.

Does society have this attitude because of the lack of female representation in sports?

I’m currently studying to be a sports journalist, and some of the things I’ve heard from men are creative, to say the least. It’s no shock that 65% of female sports reporters have faced sexism in their field, but only 10% reported that sexism to their employer. Advisors, fellow students, and close friends have all referred to me as a “female sports journalist”. I’ve also heard stories of male athletes sexually harassing other women in the locker room.

A female reporter asked Cam Newton, a free-agent quarterback in the NFL, a question about routes.

He laughed, saying, “It’s funny to hear a female talk about routes.”

How is it comical when a woman asks this question, but a man who asks the exact same question is a great sports journalist?

Furthermore, we saw the pain in Erin Andrews’s eyes during her civil lawsuit against a hotel after someone secretly recorded a video of her changing and released it online. The man who took the video of Andrews followed her through several cities and always booked the hotel room right next to hers. After Andrews’s lawsuit, people made her do ridiculous interviews to prove that her assault wasn’t a publicity stunt.

ESPN took complete advantage of how much men love to sexualize Erin Andrews.

Male reporters made comments about her body on-air, and in several videos of Andrews, the camera lingers over her body. People even asked Erin Andrews if she played up her looks to boost ratings. It was as if she didn’t know anything about sports.

Perhaps even more glaring is the gender pay gap in sports.

The minimum salary in the NBA is around $200,000, compared with a measly $15,000 in the WNBA. Baseball players average $4 million annually, whereas their female counterparts average around $6,000. Women in sports are told that they are paid less because they don’t generate as much interest as male athletes. But is the true issue equal pay or equal marketing?

Most people know who Kobe Bryant and Lebron James are, but what about Sue Bird and Tamika Catchings? Sue Bird has 4 WNBA championships, the same as James and one less than Bryant. The NBA spends millions promoting their male athletes. But by not marketing these female athletes, we are feeding into the narrative that women athletes “don’t generate enough interest.”

You don’t even have to be a woman in a sports career in order to face sexism.

Women and girls who like sports are asked if the teams that they root for are their favorites because they “like the team jerseys” or “think the men on the team are attractive.” Some articles even claim “scientific reasons” why men like sports more than women.

The headline “Women Don’t Like Sports” sat proudly on Men’s Health Magazine’s website. The article claimed that women don’t like stats and need a “storyline” so that they have “emotional reasons” to watch sports. After the article received backlash, Men’s Health tweeted a half-hearted apology, saying that they didn’t mean to suggest women are inferior to men in sports.

There are women who like sports’ physicality and competition, just like there are men who like the emotional storylines of reality television and chick-flicks. We have to stop classifying activities and hobbies as “manly” or “feminine”. Though there will always be progress to make in giving women equality in sports, we have to keep our eyes open to the problems that face women now.

What Girls Really Mean When They Say These 8 Things

7 Simple Ways To Become More Involved In Your Community