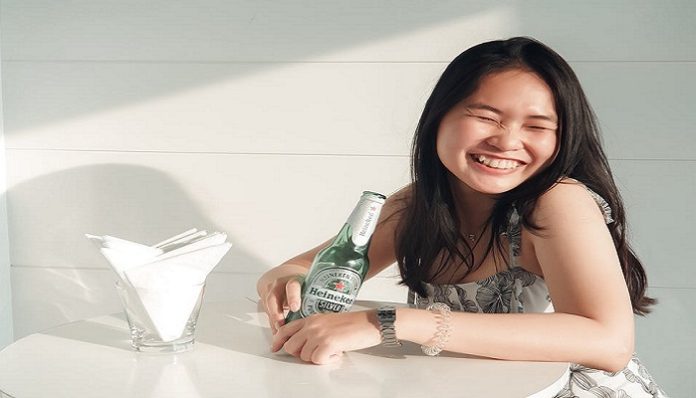 Ever since I was young, I have been aware that I don’t necessarily think like most girls do. I’m comfortable with my femininity, and I’m not “one of the boys.” I don’t hate women, or think something’s wrong with them. I have just as many female friends as I do male ones, but somewhere along the line I realized that I had a more masculine thought process.

My suspicions were proved right when I tested it in the most trustworthy of ways…I took an online quiz. I’ve taken dozens of quizzes that promise to guess “Who I Really Am.” On all the tests, most variables of the results change each time, sometimes I’m deemed a pensioner, other times a child, sometimes it concludes I’m confident, other times I’m shy, but the one thing that never changes is my assumed gender…MALE. Obviously, these tests aren’t exactly reliable, but it does add fuel to my already burning fire.

Thinking like a man isn’t as simple as liking football or drinking beer.

Thinking like a man is a mindset that dictates the way you navigate life.

Often when around my female friends, I feel like the odd one out, and now I’m in a place where I embrace that. I’m the enigma. My friends find me interesting and revel in trying to feminise me, but at times it proves difficult. While they spent hours getting ready, painting nails, drinking wine and listening to Katy Perry, I find myself awkwardly stood in the kitchen getting intoxicated at an embarrassingly fast rate.

The issue isn’t just with nights out either; it can be something as simple as a conversation. The thought of discussing emotions makes my stomach churn. This is an issue that I face mostly with females; an innocent conversation will turn into a serious one, and at this point I’m massively out of my depth.

When I’m around my male friends, I don’t feel the need to fit in or act male because I’m already in that natural mindset. I can maintain the little amount of femininity I have and feel completely at ease in their company. I’m one of them and it feels great… until I realise that I’ve literally friend-zoned myself to every man I’ve ever met.

I’m literally the coolest “dude” you’ll ever meet; I just happen to be a woman.

When I’m in the physical company of women, I feel incredibly close to them. It’s when I remove myself that I realize the relationships are far more superficial. While I have the best female friends known to man, I find that women in general are far more likely to exaggerate the strength of a friendship. With men, there’s less bullshit, often a silent acknowledgment and a cheeky in-joke is enough to make you aware of the bond.

Being a woman who thinks like a man comes with a lot of struggles, but every single one is worth it. While my female friends may sometimes feel foreign to me, they’ve learned to embrace my male ways and treasure my bluntness. The women in my life have helped me to become more feminine, and go out of their way to teach me how the female mind works.

As far as men, although I may accidentally friend-zone them, the romantic relationships that sometimes materialize are all the more stronger for it. They make an effort to accept my differences (my weak bladder and boobs), and take care of me while ripping me to shreds. They understand the way I think, because I think like them. The most genuine, inescapable struggle I face is that I end up drinking…a lot.