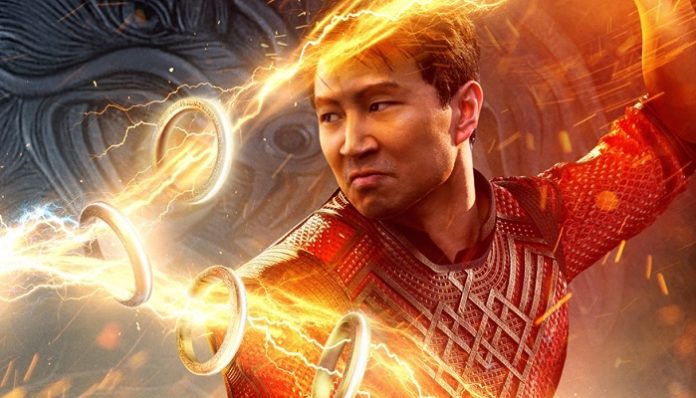 Let’s talk what happened in Shang-Chi and the Legend of the Ten Rings.

Shang-Chi had a lot going on both in its story and in connecting itself to the outside MCU. And we’re here to talk about it!

The first question on the hardcore fans’ minds is when in the MCU does this take place?

If you ask me, I say it’s after Endgame. What are the odds that everyone needed for the story would be there without a few being snapped away?

Return of the Mandarin

Okay, so technically Shang-Chi’s dad isn’t the Mandarin, but that’s only in name. He still wears the Ten Rings only on his arms and not his fingers. He still leads the Ten Rings, a group of warriors and probably still some sort of terrorist group, where he has toppled governments and countries. And he’s immortal.

Only he doesn’t go by the name of the Mandarin. He mocks that a man in America took the legend of himself and put a face and new name to it so they could cripple America’s government.

One of my favorite things about the character is that he walked away from a century of blood and war to be with his wife and raise a family. Then it all comes crashing down when a gang he previously fought comes back for vengeance.

The scene where he plummets the gang into oblivion is heart-wrenching and it instills in Shang-Chi that is is the way to handle problems. Thankfully, Shang-Chi doesn’t subscribe to that way of thinking for long and runs away to live in America.

Anyone who has seen Iron Man 3 will remember the legendary actor from Liverpool, Trevor Slatery, who was hired to play the role of the Mandarin who, unbeknownst to him, would be waging war with the American government.

He returns in all of his glory and actually contributes more to the movie than a cameo. He fights in the final battle against the Ten Rings and the Soul Suckers, although he plays dead pretty quickly after the fighting begins. His relationship with Morris was pretty entertaining too! Get ready to see a lot of those plush toys on the shelf soon.

You remember that giant Hulk-looking monster at Shang-Chi’s sister’s fight club? That was the Abomination — super-soldier experiment gone wrong that was originally created to combat the Hulk. Now he’s in a fight club with Wong, of all people?

I bet my wife money that Val from Black Widow and Captain America: The Winter Soldier was going to show up, but alas. I’m really stuck with what on earth Wong had to do with Abomination, because they leave together sounding like buddies after their fight. Which leads me to our next point…

Wong and the Avengers

At the end of the movie, Wong finds Shang-Chi and Katy to bring them back to what was either the Sanctum Sanctorum or Kamar-Taj, where the sorcerers  reside. They discuss how the Ten Rings are not of Earth and are baffled as to its origin.

They also discover it is a beacon calling out to someone, but we are left without an answer. My guess would be Kang, as he seems to be the next big baddy from the Disney+ series Loki coming up to the level of Thanos. But I could also see it maybe leading to Secret Wars.

For those out of the loop, if you saw Captain Marvel, you’ll remember the Skrulls, who can shape-shift into just about anyone. The Marvel comic run Secret Wars is about the Skrulls taking the places of our heroes and it’s basically a “who is really who” story.

There are so many different directions the MCU can go in now. What are your theories? Let us know in the comments!