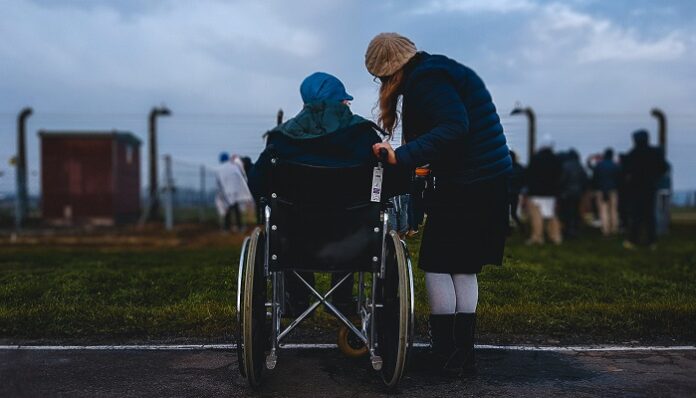 The year is 2007 and two siblings with disabilities created a company called 3E Love. The innovators were Annie and Stevie Hopkins. Their creed? “Embrace diversity. Educate your community. Empower each other. Love life.”

And Annie did, in fact, love life! Her wheelchair heart emblem embodied the ideal of acceptance. Annie tragically passed away on January 20, 2009. Intent on continuing her message of acceptance, her loved ones created the International Day Of Acceptance. The first observance of this day happened on the one-year anniversary of her passing on January 20, 2010.

International Day Of Acceptance is meant to champion those of all abilities. The day also acknowledges people with disabilities. Some disabilities are obvious and some are invisible.

As 16% of the world’s population has some form of disability, it’s important to recognize that stigma still surrounds those with disabilities.

Long ago, people ostracized, fetishized, or looked down upon those with disabilities. Society often values productivity over character. We can attach merit and worth to what people can do versus what they can’t do.

Using that awareness, celebrities and public figures are coming forth with their own stories. Their platforms reach and impact millions. Each of those millions is an average individual that may not have a disability, but knows someone who does. Or they can be an individual with a disability who feels inspired by the limelight to use their unique voice.

Growing up, I watched every Harry Potter film. Daniel Radcliffe, the star himself, has dyspraxia, a condition that can impair movement and organization. Jamming out to Dua Lipa and Elton John, I’d never know he has epilepsy. Arguably the most brilliant mind of our time, Steven Hawking, had amyotrophic lateral sclerosis (ALS). Otherwise known as Lou Gehrig’s disease, named after the famous baseball star, this is a very rare illness that damages the nervous system.

Steven Hawking had a visible disability. We saw him in his wheelchair and heard him speak through his voice box and it was evident he was different. Marlee Matlin uses a sign language interpreter.

Yet so many disabilities are invisible.

The extent can vary. For instance, consider those on the autism spectrum. Other conditions are chronic, such as multiple sclerosis, lupus, and fibromyalgia. We sweep mental health disabilities under the rug. People with depression, anxiety, PTSD (just to name a few) may be silent for fear of the stigma around mental illness as a disability.

On this day, Annie Hopkins would want you to embrace yourself. She’d want you to be kind to yourself. So, what can we do to celebrate the International Day Of Acceptance? I’m so glad you asked!

Take to social media or discuss your story with trusted loved ones.

Explain how acceptance makes a remarkable difference in the life of someone with a disability. Have a talk with children regarding treating people with kindness and acceptance, even if they are different.

For the majority of my own life, I was average. I didn’t stand apart. I was healthy and had little exposure to those with disabilities except for the occasional person in a wheelchair. Honestly, I was clueless regarding disabilities, especially invisible ones.

As I grew older, things began to change. I slept constantly. I would find myself lost trying to read basic instructions. Also, I forgot where I put my keys, phone, or wallet. I was in constant widespread pain. After several specialists passed me around like a relay torch, I found myself in a rheumatologist’s office in an awkward paper gown being poked and prodded. I was diagnosed with fibromyalgia. That was six years ago. My loved ones know my triggers. I follow my treatment plan. Yet, I still feel reluctant to disclose my disability to strangers or people I don’t know. That’s why days like today are so very important.

Share awareness by using the hashtag #dayofacceptance. On this day, I focus on what I can do versus what I can’t. And honestly, that’s what we should be able to do every day.

Why Being Your Second Choice Made Me Put Myself First