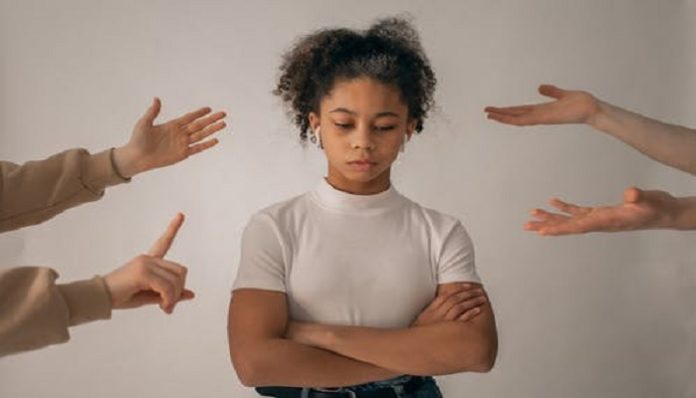 It’s hard to think about cutting off family members completely. Going “no contact” with them may seem impossible, like you need to consider if it’s worth it truly. Is it, though? Some people aren’t afraid to answer that question with a solid “YES!”

Think about it: When your family is unsupportive, when they knock you down, when they make you feel less than them, when they make you think you’re not good enough… If it were anyone else in your life, you’d cut them out of the picture without a second thought. So should the fact that they’re part of your family really make a difference? It’s hard to answer.

No matter what, remember this: It’s OK to cut family members off, even if it doesn’t feel like it.

It’s not an easy task, and it’s far from painless. These are the people we’ve been told we have to love — they’re supposed to be around for our entire lives. We were always told that family members are always there, even if friends come and go. That’s what we’ve been conditioned to believe. Blood is thicker than water, right?

Let’s actually finish that quote, though. It actually goes a little differently. “The blood of the covenant is thicker than the water of the womb.” So when you’re given the full quote, it takes on a different meaning. The blood of the covenant — this can be your friends, your self-made family, even family that is truly supportive of you. The water of the womb — your direct family, your biological family, the people you have no choice in being around.

The truth is, though, that you do have a choice. The choice to cut off toxic family members has always been there, no matter how many times we’ve been told it’s not an option.

It’s not something people commonly do. So what do we do when we can’t stand to be around these people? What if they’re abusive? If someone is hurting you, it doesn’t matter if you share the same blood: Disconnect with them.

There’s fear of this disconnect, though. You may wonder if you’re going to be alone, if you’ll ever feel the same, if you’ll ever truly have a family. While there are no guarantees in life, you don’t have to worry constantly. Even people with high anxiety or social issues do come across friendly faces. Introverts are often “adopted” by extroverts that just found them, liked them, and decided to keep them. It will be okay in the end.

Family isn’t always the best. As a matter of fact, there are 3 million incidents of domestic violence reported in the United States each year. What’s more, According to the Los Angeles Police Department, there are 4000 deaths linked to domestic violence. Looking at these numbers truly shows that sometimes immediate family isn’t the safest type of family.

Running out into the streets with no plan isn’t ideal. But if you have somewhere safe to go, somewhere you’re comfortable, especially if you’ve moved out on your own, then it’s OK to eliminate these people from your life. If your reasons relate to any kind of abuse, whether physical, mental, or sexual, it’s better to run. It’s better to cut them off. Do not stay in any form of an abusive relationship, romantic or familial.

Just because they come with the title family, whether it’s Father, Mother, Brother, Sister, Aunt, or Uncle, you do not have to keep them around. They are not necessary, especially if all they’re doing is harming you. Cut. Them. Off.

The only person you are fully obligated to keep happy in your life is yourself.

If there is anyone that’s tearing down your happiness, it doesn’t matter who they are. Please cut them off, and if you need to, talk to people about what’s going on in your home or personal life. No form of abuse should be tolerated, and you deserve better. Do what’s best for yourself, even if it seems odd, or if it hurts. It’s always okay to put yourself first. In fact, you deserve to put yourself first when it comes to people-pleasing. Even if that means going no contact with some of your family members.

Featured image via Monstera on Pexels

18 Things To Do This Summer That Won’t Break Your Bank...

I Went Broke Over The Holidays, And This Is My New...