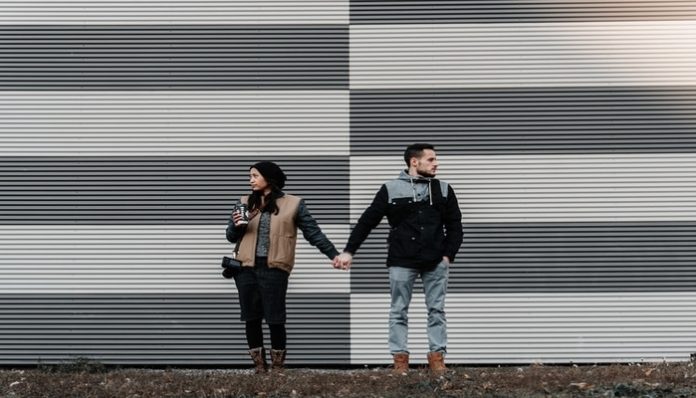 Breaking up is hard for both men and women, but it’s especially hard to get over a breakup with that person whom you really thought was the one.

People break up for a lot of reasons. Sometimes you’re simply not right for each other. Or you may want different things out of life or see your lives going in different directions.

But then, it ends. And it destroys you.

We reached out to men who told us why men break up with women.

1. She was addicted to drugs.

2. We weren’t right for each other.

“I got over [our] devastating breakup by drinking and sleeping around, which was good because I got to explore the type of person I like being with, the type of sex I like having, who I am, [and] how I [want] to present myself… But it was bad because all [of] that alcohol is kind of unhealthy.”

“I had to break up with my significant other after secretly seeing her sister for a month before [the breakup].”

4. I was struggling with an eating disorder.

“I could see [that] my disease not only affect[ed] our relationship, but [it also] affect[ed my partner]. I couldn’t bear to bring her down… with me, so I broke up with her. [At the end of the day], I needed to learn to love myself before I could learn to love anyone else.”

“Our [Jewish] friend was forced to break up with a girlfriend because she wasn’t Jewish. He missed her so much that they hatched a plan to get pregnant out of wedlock. She had the baby, converted [to Judiaism], and [married her]. [They’re still together] 10 years later!”

6. I couldn’t handle the emotions I felt toward her.

“I was in a ‘friends with benefits’ relationship with this amazing girl [when we were students] at Rutgers. She was beautiful, smart, outgoing, and funny. She was someone I shared all of my thoughts and feelings with.

I know she felt the exact same [way] about me. To this day, I think about what could have been with us if I wasn’t so immature.

The truth is, I was afraid of how strong my feelings were for her. I was still young and couldn’t handle the… pure love that I felt for her. I’m ‘happy’ in life now and love my wife and two kids, but I would be lying if I said [that] I didn’t think about how my life would have been different if I followed my heart.”

7. She played too many mind games.

“Growing up, I knew that it was forbidden to date outside of my Gypsy culture. But then, I met [this girl].

She didn’t like me, [but] I liked the challenge. I thought, ‘This girl has no idea what’s about to hit her.’

Over the summer we dated and became close… Our relationship was short but intense. She was 24 and grew up in a strict Jewish home. She [also] told me [that] she was a virgin. That didn’t flow with where we were going.

[W]e met at the wrong time. We found rare connection in the midst of… lust. We had intense romantic encounters but never [went] all the way.

In one brief moment, she told me, ‘I love you. I’m not in love with you but I love you.’ I said nothing. I didn’t know that I was in love, too. I couldn’t express it. Maybe I should have. I [barricaded] my own emotions after [getting to know] her more. I became confused.

She would play mind games.

The manipulation stopped our connection. I told her [that] I couldn’t see her anymore. It hurt. I’m no saint either, but I’m not blind to kismet.

The truth is, I didn’t want to get hurt. Sometimes you can’t avoid what you know is coming, but you still continue, pretending it won’t [arrive]. I never spoke to her again, but the thought of her lingers in my mind.”

As women, it can be hard to understand why men break our hearts, but their reasons for breaking up with their partners aren’t so different than ours. Next time you go through a breakup, remember that it might be just as hard for men as it is for you.

Aly Walansky is a NY-based lifestyle writer who focuses on health, wellness, and relationships. Her work appears in dozens of digital and print publications regularly. Visit her on Twitter or email her.