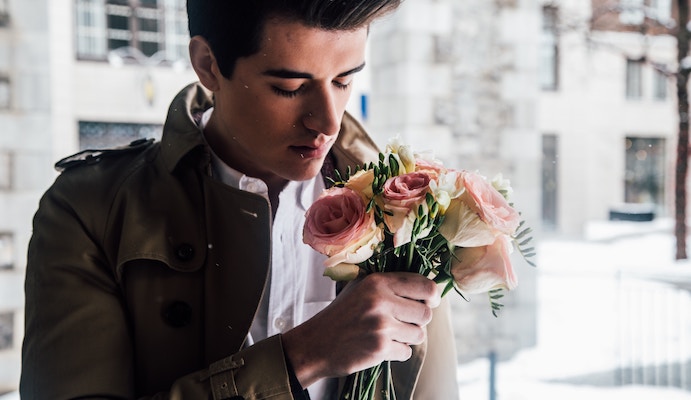 The other day I was walking into a mall entrance. A woman who was walking in had her hands full with shopping bags and was seemingly in a rush. A man walking towards the same door, in the opposite direction, opened the door for her and allowed her to walk through it before he did, as she was a few seconds behind.

The woman made the effort to stop and give the gentleman a mini rant as to why she’s capable of opening the door on her own and that women don’t need men to do things for them. She proudly declared that she’s a feminist and that he needs to educate himself on how people in today’s generation are towards one another.

Instead of thanking him like she should have, she insulted him and probably discouraged him from ever wanting to do that again.

I soon followed her through the door behind her, and thanked the man for being kind and still holding the door open for me as well. He smiled, and gave me a nod. He didn’t seem too upset, but was definitely rattled that he had just been humiliated for being nice.

This caused me to see red, because I found her to act incredibly rude to the slightly older gentleman. (I’m guessing the woman was in her mid twenties and the gentleman was in his early sixties or so.) She also poorly described how our generation is.

A few questions flooded my mind as I walked to my car. Would this woman rather have someone hold the door open for her or would she have rather dropped a few bags to free her hands so she could pull the door open by herself? She still would have complained that she had to do that or that no one helped her so what difference does that gesture make?

Are people that offended by someone’s words or actions? Does it really make a difference if a man does something? Is it only considered chivalry because a man did it and not a woman?

I find it so unbelievably rare for someone to actually take the time to hold the door for someone (let alone thank them), or to help reach something off of a higher shelf to get a product you can’t grab. I find it extremely refreshing when I see any able person offer their seat on public transit for a mother with children, elderly person or a person with a disability. I also find it so amazing when I see someone build up the confidence to compliment someone in a positive way and leave it at that. That takes a lot of courage these days and it shouldn’t have to be a feared thing.

Just because someone offers to help, especially a stranger, does not mean they have the mentality that you, as a woman, are incapable of doing things on your own. They are trying to be a good person in helping you in a small way. I guarantee you they were raised that way and were taught to be respectful at all times.

Doing small favors for a stranger is not considered chivalry or being an anti-feminist; it’s being a kind person. Mankind is supposed to help each other in moments where they need it. But there are strong minded people who fail to see it as that, and it’s ruining the mentality for other individuals and discourages them from ever wanting to help again.

Their intention is not belittling or assuming you are not capable to do a task. Stop getting offended that people are trying to be nice! I know that it actually makes my whole day when someone offers to help me in any way. A simple, “thank you,” will suffice. It’s appreciated when someone goes out or their way or takes time out of their day to do something for me.

To those individuals who are discouraged or are scared to offer your help to someone in need or feel compelled to compliment someone who deserves to hear it, don’t ever stop. Your kindness is appreciated by a lot of people. Don’t let people who are too proud of their independence discourage you from ever wanting to help spread positivity, let them be negative in their own bubble since that’s where they want to be.

Photo by Shamim Nakhai on Unsplash