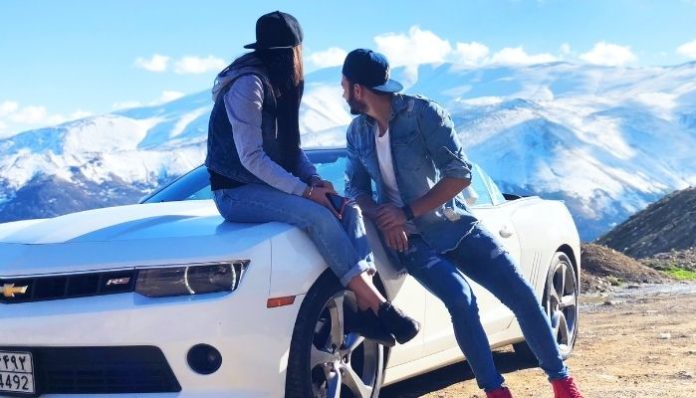 When you meet a man who shares compliments generously, it can be an incredible thrill and deeply flattering. Who doesn’t want to be adored and listen to the reasons somebody thinks they’re amazing?

But when a guy showers you with compliment after compliment when you first start getting to know each other, it’s natural to question his true intentions. Here are 3 reasons why his compliments could be red flags.

Let’s think about it… Why would a man shower you with compliments? What could he want? Hmm…

As you might be starting to realize the obvious, flattery can be highly seductive. Women who haven’t had romantic attention in years are often the most susceptible to charming men who know what they want to hear.

How do they know? It’s not rocket science!

He knows you want to feel pretty, special, and desired. He says the sweetest things, so you lower your guard and let him into your world — and bed.

You want to believe he thinks you’re “the one” he’s been looking for and that he’ll stick around to make you happy.

But if you hear a run of compliments coming at you faster than what seems normal, think twice! Chances are he wants to get you into bed quickly. Then maybe he’ll see you again a few times, or maybe not.

2. He’s a narcissist or control freak.

Another possible reason for a shower of compliments early on is that you’ve met a man looking for a woman who will quickly fall for his flattery. That’s his clue she’s likely to be someone he thinks he can control.

Men who love-bomb will chase you like crazy, saying they want to be with you every minute, seeing you every night and all weekend long. They tend to rush the relationship along and want to be exclusive right away.

You might catch yourself thinking, “Wow he’s really into me! This is almost too good to be true!”

Anytime you think something along these lines, that’s your big red flag warning you that it is, in fact, too good to be real.

Once a controlling man feels the relationship is established and he has won you, you’ll notice a huge change in his personality as he drops the Mr. Nice Guy act and starts telling you what to do.

Narcissists also tend to start off with a load of flattery. At first, the narcissistic man thinks you are every bit as superior as he is. However, just give him a little time. He’ll soon see your faults (real or imagined) and tell you all about them.

Then, he’ll try to change you to fit his vision, forgetting about all the things he was taken with about you at the beginning.

There is no fixing these toxic relationships.

Men who shower you with compliments from the word go aren’t all bad.

Sometimes a guy is so shocked that a fabulous woman like you is giving him the time of day that his nerves cause him to blurt out all the things he’s thinking about you as he thinks them.

It’s exciting to imagine a man might be thinking complimentary thoughts about you. But when he spits them all out one after another, saying how beautiful you are — going on about your eyes, hair, figure, and more — he may actually be showing you his insecurity.

He may be hoping to win you over by expressing every positive aspect about you that has captured his attention, but this is often a huge turn-off for a confident woman who realizes something isn’t quite right.

Most men wouldn’t be caught dead sharing one compliment after another. This is not how a confident, high-caliber man behaves. So, if a man you just met starts to go on and on about why he thinks you’re the bomb, it’s time to make your exit.

Even if it’s been too long since someone paid this kind of attention to you, think twice. Something that seems too good to be true almost always is.

Guard your heart, don’t fall for his sweet words, keep your eyes wide open, and be prepared to exit fast when things go sour.