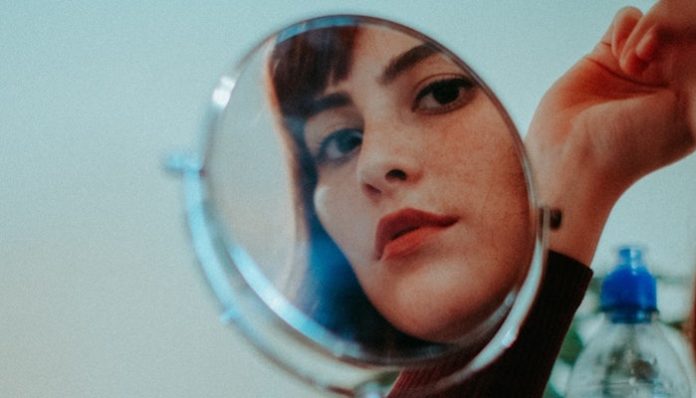 Like in any relationship, your intuition is always on high alert. There’s that vague sense of dread or curiosity, maybe even uncertainty in your stomach. Are they telling the truth? Am I supposed to feel this way all the time? Why am I always doubting my partner, is this normal?

But when it comes to dating a narcissistic person, even the strongest intuitive people can crumble because they don’t listen to their intuition. It’s actually alarmingly common that they find themselves in relationships with those types of people.

Narcissists have a crazy way of hiding all of our greatest fears and warning signs while in relationships. They’re masters of manipulation and will always find a way to win you back even when you know the best decision is to break up.

The important thing to remember with narcissists is that they will go to any length to get you back even when your intuition is telling you to leave. It’s easy to mistake their trickery for genuine remorse or a desire to make it work. They pounce on these opportunities to manipulate your emotions especially when you’re feeling vulnerable or reflective. This ploy will hopefully get you to soften up and get you back to where they want you.

But what are the types of things they’ll say to win you back? Don’t worry, I got you covered!

If they say “I’ve decided to start getting help,” after a fight.

They might say they’re seeking professional treatment but the reality is that they more than likely aren’t. They’re probably just saying that so you feel sympathy and fool you to believe they’re making an effort to change.

If they say “I’m not in love with him/her,” when you accuse them of cheating.

They’re just trying to sweep their infidelity under the rug and are setting themselves up to gaslight the other person. It might cause the other individual to think “if they’re cheating on me it’s because I’m not desirable enough”. This will create insecurities within themselves that will keep them drawn to the other person in fear they won’t find another.

If they say, “Let’s be friends,” after you end the relationship.

They really just want you to be friends with benefits. Again, after they’ve manipulated you into doubting your self-worth. They know you’ll be vulnerable enough to give into them time and time again.

If they say, “I’ll make it up to you,” after any type of confrontation.

Sadly they aren’t being cooperative, forgiving empathetic or vowing to change. They’re basically saying this to put you back on their good side. As well as to prove that they are  making an effort to try when in actuality they are just trying to shut you up. This is the ultimate mask.

The illusions narcissists want to use to make it seem like they want it to work won’t always fly especially if you are onto their game. While these signs are often disbelieved or overlooked, they are super identifiable if you trust your intuition and judgement.

Narcissists love putting others in situations where the other person becomes fearful they’re going to lose them. They thrive on making themselves seem sought after while wrecking everyone else’s self esteem around them with no remorse.

So remember, if you want to break free from their manipulative hold, you have to break down the door. Make sure to  end all communication afterwards and deny them access to you so you don’t fall further in a trap with the potential to lose yourself. Trust your intuition, it’ll never leave you astray.

Featured Image via @delgadowebb on Unsplash