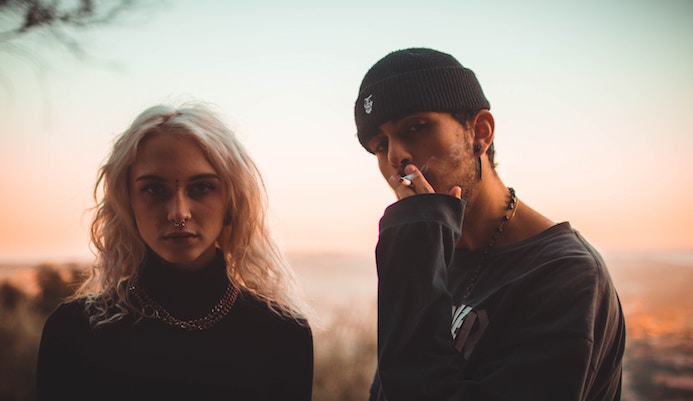 Some men only care about one thing, sex. They don’t care where they get it or who they hurt along the way. From first glance, these men are charming, handsome, and witty. The persona they give off can be the perfect trap for women to welcome these “f*ck boys” into their lives. They feed off people’s fragile emotions like a lion going in for the kill, and once they have the person where they want them, they pounce. At this point, women can be too emotionally invested to end things. Maybe she thinks if she stays, he will eventually change. However, I think it’s about time we stop making excuses! It’s time we see these types of guys for who they really are.

Here are 5 signs you might be dealing with a “f*ck boy”:

1)   He only wants to talk to you in the middle of the night.

OK ladies, here is the first red flag. If you send him a text in the morning and he waits to respond until midnight, it’s probably a booty call. Keep in mind, sometimes things happen and it can be a busy day, however, if you find that all your conversations happen once the sun goes down, he is not in it for a relationship. A guy who has genuine feelings for someone will jump at the chance to talk to them. In their world, you will not be one of many girls he decides to hit up. You will be the one, and that’s what you deserve.

2)   When he compliments you, it’s always about your body.

Who doesn’t love a nice compliment? Especially when it’s coming from a guy who has caught your eye. With this said, compliments reveal what a person thinks about you. If you’re talking to a f-boy, his compliments will likely only be about your body. If you find yourself in a situation where you leave every conversation feeling like a pretty face with little to no personality, it’s because that’s how he sees you. You are so much more than this.

Have you ever been in a situation where right off the bat a guy starts talking about sex? If so, you were in contact with a classic f-boy. A guy who cares about you, will want to get to know you. His immediate goal will not be sex.

This one is fairly simple. A guy who appreciates you will want to show you off. Not in a creepy way, but more because he is proud of the person you are. An f-boy won’t want others to know the two of you are involved. If you feel hidden in a relationship, you probably are. Do not settle for that. You are too amazing to be a secret. If he isn’t ready to scream off the rooftops how much he cares about you, he isn’t the one.

It’s like what Stevie Nicks once said, “Players only love you when they’re playing.” They do not care about your emotional wellbeing. To them, you are there for one purpose only: pleasure. They want to talk when you are saying what they want, but the second it gets heavy they are sure to disappear. They want the easy hookup.

Do not be fooled by dreamy eyes and a gorgeous smile. F-boys are not your friend. They may be charming and suave, but I promise you, they are far more trouble than they are worth. Remember, you are beautiful and perfect the way you are. You deserve to be shown off. Do not settle for anything less. It may not seem like it, but there is a guy out there waiting to meet a woman like you. Remember: no guy can define you!

You are wonderful, one of a kind, and you deserve the world.

Photo by Arthur Savary on Unsplash