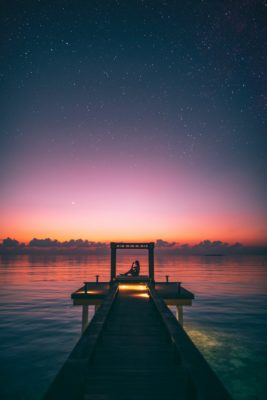 Imagine this: 3 in the morning, sitting on the roof of the car, talking while music is playing in the background. Discussing the simple things. Life. Love. Sex. Friendships. Everything.

I had one of those nights. And here is the thing. I learned the secret to not only life, but everything. That one conversation showed me a lot.

I realized something at that moment. And at the same time, memories started flooding me, like flashbacks. It was a slow montage of the things that I enjoy and look forward to most in life. I was laughing,not having a single care in the world.

Life isn’t about just making something of yourself so you can get a good salary. Life is about meeting new people every single day and connecting on a different level. Life is having certain people who know you better than anyone. The people who were around the shortest but know you the best. Being able to form genuine connections with people. It is looking at that one person and seeing all those things with them by your side.

I am the rawest person you will ever meet. I always say that love and connections shouldn’t be based off of Netflix or some sob story movie. What I am talking about isn’t seen on Netflix or in movies.

It is made from simple moments. Laughing with certain people. Loving yourself. Something worth a picture to keep. I wish that I could write in words these moments so that I could share them with you. But the truth is, I can’t. It is one of those times where you say “you had to be there”.

4 Ways To Celebrate Halloween Without Leaving Your House