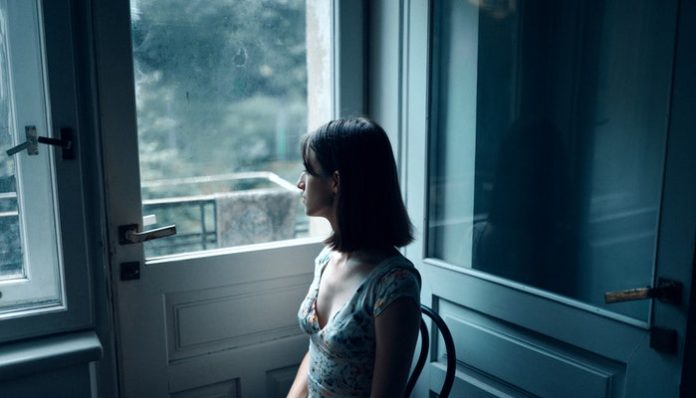 It’s inevitable that after breaking up with someone you love, a moment will arrive when you’ll wonder if the relationship is really over or if there’s a chance your ex is really just pretending to be over you. And if so, that the two of you might get back together one day.

Unfortunately, guys can be great at sending mixed signals. Some may say this is because of the way men and women handle breakups differently, even if you end it on good terms. As TODAY Show Style Editor Bobbie Thomas says, “Women break up harder, but men break up longer.”

If you miss him and want to be together again, here are 7 signs your ex will eventually come back.

You have learned that your ex-boyfriend is already in another relationship. How is this possible? Could he really move on that quickly?

A relationship comes with feelings of intimacy, security, and familiarity. Many people mourn the loss of these feelings after a breakup and they make up for them by jumping into a relationship with another person. A rebound relationship is an emotional “band-aid.”

As such, your ex can get into a rebound relationship even when he is still in love with you. There are a number of pointers that would help you figure out whether your boyfriend’s new relationship is genuine or a rebound.

Has he started dating really fast after the breakup? If the two of you have only been broken up for a couple of weeks and he is already dating again, the chances are that he is on a rebound and he is still into you.

2. He’s dating someone who is your polar opposite.

Experts indicate that sometimes, exes try to overcompensate for the pain of a breakup by finding someone who is nothing like their ex.

If your ex-boyfriend’s new lady is nothing like you, chances are that this is a big sign that he is still into you but he is trying to use the new girl to get over you.

3. His social media activity is busy.

Does he stalk your social media? If your ex-boyfriend combs through your social media commenting, sharing things you post and liking your posts, these are signs that he might still have feelings for you.

He would not monitor your social media content if he wasn’t. Guys do not invest their time and energy into things that do not mean much to them.

Does he post an excessive amount of party pictures? He feels that he must capture all the “fun” events and he’s blowing up his social media accounts because he has not moved on. Your ex is trying to bombard you with photographic evidence that he has “moved on” and he is “over you,” even though his actions clearly indicate otherwise.

But if your ex has unfollowed and unfriended your social media accounts, it means that he is trying to move on and he doesn’t want you in his life by following the no contact rule.

Many times, staying connected on social media could be unhealthy because it leaves doors open to communication and makes it hard for both of the exes to find closure. Also, if there is no change in his social media activity, it could indicate that he is handling the breakup in a mature manner and is clearly moving on with his life; it is only a matter of time.

4. He hasn’t returned your things.

Many gifts and items were probably exchanged in the cause of the relationship. Do you still have a lot of your ex-boyfriend’s belongings? Has he wormed himself into all aspects of your life? Is he dragging his feet tying up the loose ends?

If your ex is not completely over you, he will choose not to retrieve his things so that he can have an excuse to come for them at another time. As long as there are items that belong to him in your house, this is a strong sign that the two of you will always have unfinished business.

He also returned your things and asked you to return his. If your ex-boyfriend gave you back all your things, and returned your gifts after the breakup, and collected his items, this is his way of telling you that he is serious about moving on.

If everything has been returned to their rightful owners, no business has been left unfinished and he is ready to move on.

If you pay attention and realize that your ex-boyfriend is trying new things and having new experiences, you must admit that he is moving on with his life.

Is he learning a new language? Traveling more? Going on hiking trips? Going camping? It clearly tells you that your boyfriend is moving on. He wants a life that nudges him out of his comfort zone and daily routine. What a better way to move on!

He also seems different. Did he get a new haircut or dyed his hair? Is he dressing differently? He is deliberately building a new life and you better believe that he is moving on.

Moving on does not always have to be symbolic. Sometimes, people can literally move on after a breakup, especially if the ex-couples worked in the same place or they have mutual friends.

If he moves away, this is a big deal. The long distance means that he is not planning to get back together because he doesn’t see you in his future.

Are you guys still texting and calling each other just like old times? Does he call to check on you and ask how your day was? This is one of the biggest signs that he probably misses you and is not over you.

But if he’s cut off all contact, he doesn’t want to stay in touch at all. It’s over. If he avoids going to places where you might be, even places where he would typically want to go to, he is trying hard to ensure that the two of you have no reason to connect again.

Now that you know if your ex-boyfriend still has feelings for you, the important question is: Do you want him back?

Remember, there is a reason why things did not work out in the first place. Is the reason something that the two of you can work on, or do the two of you really need to call it quits?

Even if your ex wants you back, this is a crucial time to make the all-important decision: Should you make a move to get him back or end the relationship once and for all, or is your fear of rejection keeping you from your happily ever after?

4 Things You Need To Do Immediately If You Want A...