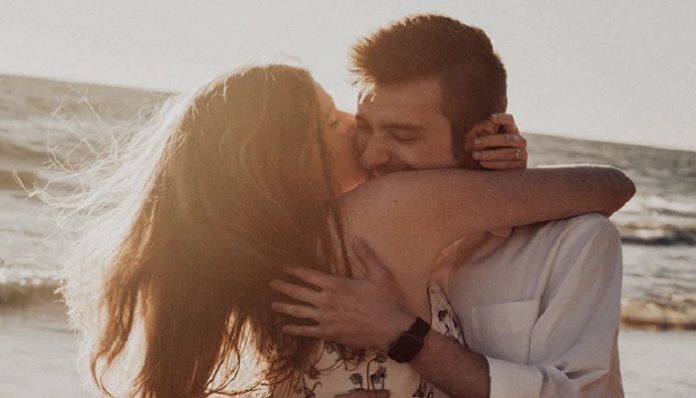 You might not be ready to say the L word, but that doesn’t mean you can’t or don’t appreciate the fact that your new boyfriend or girlfriend said “I love you.” So when it comes to deciding what you should say in return, it’s all about the delivery and meaning you put behind your words.

I think we all know that saying “Thank you” as a response is a huge slap in the face when someone says I love you for the first time, even if you do appreciate it.

Instead, here are a 11 things to say when you aren’t ready to say “I love you” back… yet.

Honesty is important in any relationship. If you’re not ready, it’s as simple as that. You shouldn’t feel obligated to say it, and they should know that.

It might sting a little, but as long as you can at least help them understand that they are important to you, patience will be a little easier to come by. They’ll appreciate that you don’t take this lightly, and it’ll make the moment you do say it that much sweeter.

Say it, mean it, repeat it. If you’re happy with this person, isn’t that a big part of what love means anyway?

3. “I’ve never felt like this before, so I’m trying to understand it.”

Don’t say it unless you mean it. Feelings can be confusing. And scary. And fast. We all have our own pace. Take time to understand it yourself, and you’ll know if and when you’re ready to say it to them.

So this is kind of a combo of a couple of things. But at the very least, it’s important to make the other person feel safe and secure. Saying I love you takes a lot of courage. Make sure they understand that you don’t think they’re weird for saying it when they did.

And if them id it made you feel uncomfortable that they did, well, that’s another story.

5. *Express your feelings with a kiss*

You might not be able to say exactly what they want to hear right away, but hey, sometimes actions speak louder than words! Just don’t just kiss them to avoid responding altogether. That could be kind of awkward.

If you say it like that, you kinda, sorta, maybe said it back too, right? Like, you’re pretty sure that you’re sure … maybe?

And it does! Keep an honest smile with it. You can add whatever spice of life to this one.

“That means a lot to me, and I wish I could say it back, but something’s stopping me.”

“I care about you so much, and it makes me happy to hear you say that.” Even if you can’t say the L word, you can help them to understand how you feel in the moment.

This is a very vulnerable moment. Some physical contact can help he or she feel safe again.

If the statement took you aback, or if you’re not sure if they really mean it, go ahead and ask. Let them tell you what drove them to say it. Their answer might just be what inspires you to say it too — or realize that you’ve been giving off the wrong signals.

11. Say it through your actions.

Are you ready to write it? Show it? Maybe forming the words in your mouth is hard for you because you’ve never said it before, or because you have and you’ve been hurt, so now you’re scared.

Try saying it in a different way. Write them a little letter, take them out, whatever.

The ability to say those actual three words will come when it feels right.

Until then, keep doing what you’ve been doing to make them fall in love with you in the first place, you lovable beast!