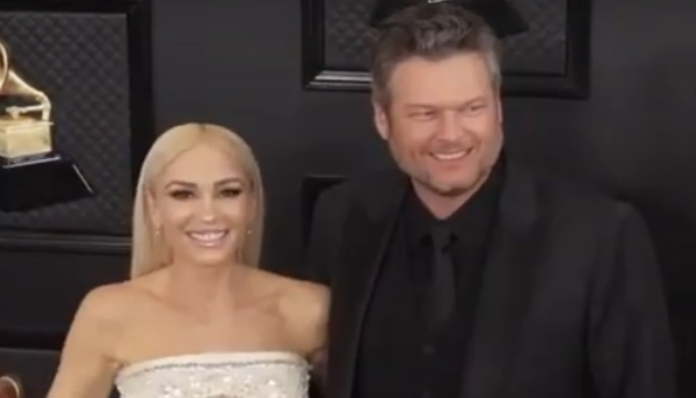 Despite all of the difficulties that 2020 brought, there was still a lot of love in the air! In fact, over 100 celebrity couples leapt into engagements over the past 12 months. However, there are nine weddings in particular that we’re most excited for in 2021:

After many months of quarantining together, the “Positions” singer and the luxury home realtor “put a ring on it” on December 20, 2020 — just ahead of the Christmas holiday. The two were first spotted together in late March last year, and Grande later confirmed their romantic relationship in her “Stuck With U” music video in early May.

Gomez proposed to Grande with an angled diamond and pearl ring. The singer then showed it off on Instagram alongside some never-before-seen black-and-white photos of the two with the caption “forever n then some.” Neither Grande nor Gomez has publicly commented on their wedding plans yet. Regardless, we know that their big day will be just as fabulous and glamorous as Ari herself!

Adams proposed to the Modern Family star in July 2019, and the two have quickly solidified their place as a favorite Bachelor Nation couple. The pair originally planned to tie the knot in August 2020, but the COVID-19 pandemic halted their plans.

On the day of their would-be wedding, Hyland captioned an Instagram photo of the two, “We were supposed to get married today. Instead… we took pictures and drank wine.” These two are more eager than ever to walk down the aisle, and we’re excited to see what plans they have for 2021!

After meeting on NBC’s The Voice back in 2014, the pop queen and country king began an unexpected romance that rocked Hollywood. At first, many people thought that the relationship was just a “showmance” to boost ratings, but the duo has stayed strong for 5 years. Shelton proposed to Stefani in October 2020 in his home state of Oklahoma.

Stefani and Shelton shared the news with matching Instagram posts that included photos of the 10-carat diamond ring, which is estimated to cost $800,000. In a recent interview with Entertainment Tonight, Shelton shared that he plans to lose some quarantine weight before walking down the aisle, so it sounds like a 2021 wedding could be in the works!

After huge successes in her career with projects like Extremely Wicked, Shockingly Evil, and Vile and Emily in Paris, Lily Collins made a huge stride in her personal life as well — an engagement to writer and director Charlie McDowell!

The couple initially sparked dating rumors back in July 2019 after people spotted them together in Los Angeles. Then, McDowell popped the question in September 2020 with a beautiful pink-hued ring. Collins shared the proposal with her nearly 23 million Instagram followers with a photo she captioned, “I’ve been waiting my lifetime for you and I can’t wait to spend our lifetime together.”

Peltz, best known for her roles in The Last Airbender, Bates Motel and Transformers: Age of Extinction, got engaged to Beckham in July of last year after just nine months of dating.

Beckham, best known for being the eldest son of soccer star David Beckham and Spice-Girl-turned-fashion-designer Victoria Beckham, gushed about his soon-to-be-wife on social media. In fact, he referred to Peltz as his “soulmate” and to himself as “the luckiest man in the world.” We can’t wait to see what wedding plans these two make in 2021. Also, I think that we all hope that Peltz’s wedding dress is none other than a Victoria Beckham original!

Have plans for Fall 2021? Nikki Bella and Artem Chigvintsev do! The famous couple is planning a November wedding in hopes that their family and friends can safely travel by then.

Bella and Chigvintsev met in 2017 on ABC’s Dancing with the Stars and have been together ever since. We’ve seen glimpses of their life together on E!’s Total Bellas and hope the two will reveal more wedding details soon. The pair recently moved from Phoenix, Arizona to Napa Valley, California, and we’re swooning over the thought of a vineyard wedding. Yes, please!

The reality show stars met for the first time in the summer of 2019, and they’ve had a wild ride ever since. After just a few months of dating, the two moved in together in early 2020. Then, the Flip or Flop star proposed to the Selling Sunset star in July of last year – just after the couple celebrated their one-year anniversary.

Since both Young and El Moussa rose to fame on reality TV, we can only hope that we’ll get a glimpse of the wedding planning or the big day itself on their respective shows. The couple works with some of the most beautiful, expensive real estate in the country, so we know that their wedding will be absolutely exquisite.

It’s been a whirlwind for these two Hollywood stars after Bloom proposed to Perry  on Valentine’s Day 2019. The pair originally planned to tie the knot in Japan in the summer of 2020, but they put their plans on hold because of the Coronavirus pandemic. Rumor has it that the two moved their wedding plans to the U.S., so there’s hope that they can make their big day happen this year. Fingers crossed!

The international music icon and her former baseball superstar partner have been the talk of the town since they started dating in 2017. After 2 years of dating, Rodriguez proposed to Lopez in March 2019, and the two set their eyes on a summer 2020 wedding in Italy.

Unfortunately, the pandemic’s travel restrictions cancelled those beautiful wedding plans. However, we know J-Lo will make up for it with something bigger and more spectacular than she originally planned. Until the couple reveals new plans to make their love official, we’ll be daydreaming about what “Jenny From The Block” will wear on her big day!

Are these 2021 celebrity weddings at the top of your list? Which others are you most excited for this year? Let us know!