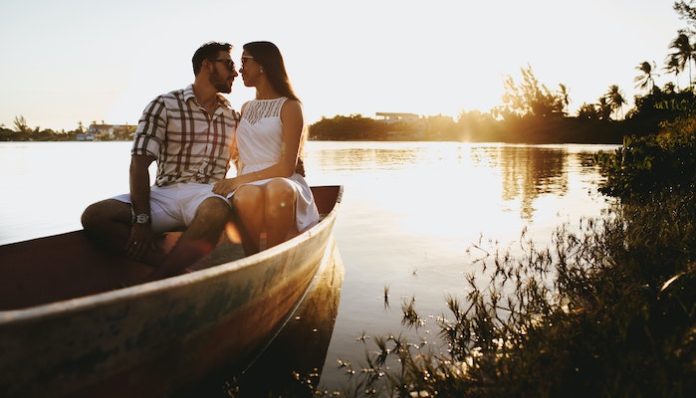 Ever go on a date with a guy and it goes so well that you think, “This is it. He’s the one. Is he serious about me”?

Turns out, you’re not “the one” to him. He’s not even looking for “the one”; he’s just looking for a casual hookup with no commitment. You wish you knew this before you agreed to a second, third, and fourth date, plus an introduction to your friends and your three cats. So how can you avoid this type of guy?

Women’s Health Magazine gives us 5 ways to determine whether or not he’s serious about you:

According to psychologist and dating coach Jennifer B. Rhodes, a guy who seems too eager to spend time with you may be more interested in hooking up than hanging out. And when he loses interest, you can bet you’ll never see or hear from him again. A guy who’s genuinely interested in you will take his time, and be respectful of your time and availability. To determine which one he is, Rhodes says that if he reaches out to you too early, ask him to wait and see if he does, or runs the other way.

2. He texts and calls back within a day.

An interested guy will respond to your texts within 24 hours, and if you ask him to call you, he will, says Rhodes. If he takes longer than 3 days, he may only be looking for something more casual, not a commitment.

3. He can have deep conversations with you.

Two days after the first meeting, if your conversations go beyond the the discussion of the newest episode of Game of Thrones, he’s interested in a commitment, Rhodes says. Conversations about family, your childhood, and religious beliefs are just a few of the serious topics you can both go on and on about. If he’s uncomfortable talking about himself and his background, he’s not looking for anything serious.

4. He doesn’t talk about how awful his ex was.

Venting about an ex or denying responsibility for a breakup can mean two things: 1) he’s not over her, and 2) he’s not mature enough to handle a relationship. Judy Rosenberg, a clinical psychologist and dating coach, says that a guy who bad-mouths his ex might be very bad at communication, which is vital in any healthy relationship.

5. He has healthy relationships with family and friends.

Rosenberg says that a guy who maintains healthy family relationships and friendships is a guy capable of a healthy romantic relationship. Even caring for a pet signifies his readiness for a commitment. Within two days, ask him how often he spends time with his family or friends. Rosenberg also says that if many of his friends are in committed relationships, there’s a high chance he’s looking for one, too. So, before you jump into anything with a guy, make sure he’s ready to commit to you, not just string you along for the ride.

If You Have Ever Been Cheated On, Read This Poem