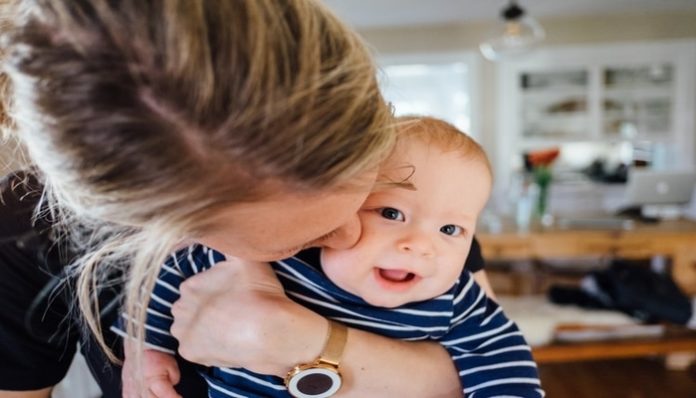 I have a confession to make: I am still nursing my daughter, who turns 3 in June.

Although I feel confident in my choice, I often feel very isolated and alone. I’m sure many other mothers feel this way too, since long-range breastfeeding faces social backlash and criticism since much of the western world considers it taboo.

Despite what society may tell you, breastfeeding past the first year of life is actually recommended by multiple global health organizations. Extended breastfeeding helps children make up for missing nutrients caused by “picky eating phases.” Furthermore, it helps strengthen the mother-child bond and decreases a mother’s risk of breast cancer.

Despite the benefits,many mothers give in to the vocalization of ignorant beliefs surrounding breastfeeding. People shame mothers like me for something that is natural and even healthy.

I’m tired of hearing that I’m “in the wrong” when I’m not.

I feel incredibly proud of myself for extended breastfeeding. Due to early complications, I never thought I would make it six months, much less over two years. We accomplished something that very few mothers and children can, which is why I chose to let my daughter self-wean.

Despite this pride, I still feel uncomfortable nursing my daughter publicly. I see the staring and uncomfortable glances projected on me, slowly removing my confidence to feed in public. Why do we consider it normal to give children a carton of milk from another species but weird to give them milk that is for them?

Even if I excuse the ignorance of those people with glaring eyes, I can’t ignore the misinformation that even reaches its way to medical professionals. In fact, I recently switched pediatricians because she blamed my child’s petite size on extended breastfeeding.

These types of biases and beliefs directly hurt lactating parents and toddlers by indirectly forcing them to wean prematurely.

But I want everyone to hear me out because continuously sharing your false beliefs on extended breastfeeding doesn’t make me change how I parent. Instead, it makes me want to stop talking to you. The exhaustion of defending my decision to allow my daughter to self-wean far exceeds my general exhaustion as a single parent.

It is incredibly difficult to overcome the logistics of breastfeeding, but at the end of the day, it is 100 percent worth it. Nothing is sweeter than watching my sweet girl look up at me, holding my hand with a smile while she nurses first thing in the morning. Watching my toddler grow on breastmilk is almost as satisfying as watching her fat rolls form in infancy. The fact that I can provide her with something that no one else can brings me immense joy.

What’s more, I am still baffled by the sheer magic that is breastfeeding.

It helps her fall asleep and calms her down during emotional moments. It fills the gaps in nutrition when she is picky and helps keep her healthy when she falls ill. Seeing the joy that it brings her fills me with so much hope and happiness.

Although I continue to nurse until she is ready to wean, I admit that I’ll be sad when she eventually weans. I hope that sharing my story can help more mothers feel confident in their own choices to breastfeed for as long as they feel is best. Extended breastfeeding isn’t bad — our society just makes you think it is.

15 Ways I Learned To Value My Long Distance Relationship

I Read A Book About Saying Yes And Here’s What I...