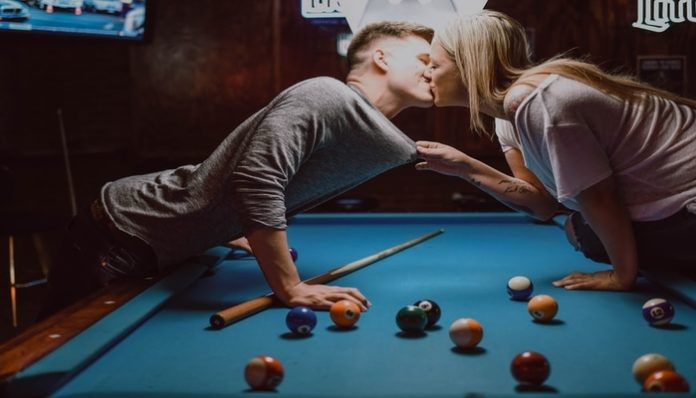 We’ve all seen at least one couple that just didn’t make sense, especially when we learn more about each of them. The first time I saw this phenomenon was with a casual acquaintance. He was a high-earning, super-conservative banker who had just divorced his kind, sweet, emotionally stable wife of 20 years.

He then started dating a woman who had no degree, a serious drug issue, and a history of getting on the wrong side of the law. Everyone, including his own wife, couldn’t believe that he fell in love with this woman.

I later discovered that this man’s story is far from unique. Dating your polar opposite is, in fact, a pretty common occurrence — or at least more common than I thought it’d be. There’s actually a lot of psychology at play in these kinds of relationships.

According to relationship guru Dr. J. Cookerly, dating someone who’s completely different from you has to do with something called “Shadow Side Attachment.”

As the name suggests, many of us have an interest in activities or qualities that we don’t normally show other people.

This is what one might call our “Shadow Side.”

For some of us, that “shadow side” could be an interest in dating someone who is extremely proper. For others, it could be the desire to do wild things with people who aren’t necessarily good for us. This is the basis behind the old adage “Opposites attract.”

The funny thing about Shadow Side Attachment is that it often manifests when we’re trying to repress the way that we feel.

The good girl who wants to escape her “good girl” image for a while may end up with a “bad boy” who does all sorts of wild things involving sex, drugs, and motorcycles.

The bad girl may want to date a good boy who can give her the stability that her lifestyle can’t afford her. She might crave moments when she can bake cookies for her partner and herself and settle down with someone.

People who experience Shadow Side Attachment don’t necessarily fall in love with a person as much as they fall in love with the fact that this person represents their ability to explore a side of them that they don’t normally get to release. This is why Dr. Cookerly calls it a form of “false love.”

For the most part, Shadow Side Attachment isn’t sustainable. After all, people who are polar opposites generally have clashing lifestyles and goals — and that’s usually a deal-breaker in the long run.

While the forbidden nature of a “shadow side” love may seem sexy at first, it often dissolves into bickering about everything.

As a result, these “shadow side” relationships are typically short-lived but highly passionate flings.

In the case of my acquaintance and his mistress, the relationship lasted a good two months before he tried to return to his wife, tail between his legs.

However, once in a blue moon, you’ll see a “shadow side” couple who develops a serious, stable, and loving relationship.

I’ve personally seen wild girls end up with conservative guys who’ve never even drunk liquor, but these success stories tend to be the exception to the rule.

So do opposites attract? Absolutely. There’s just no saying that they’ll stay together.

This Is The Last Thing You Should Ever Judge Yourself By

What You Absolutely Need To Remember When Applying For A New...