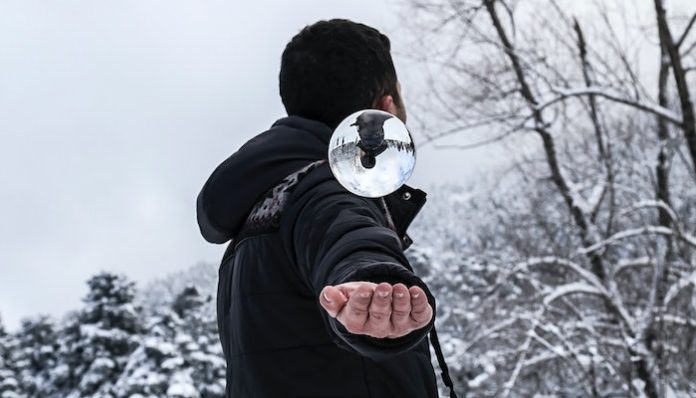 Being a hypnotherapist, I often get strange questions from all walks of life. The most common question is, “I love this person and I want to know how to hypnotize someone to love me back. Can I hypnotize someone into loving me?”

Well, the way people feel about you is somewhat in your control. You can persuade a person to be either repelled or attracted to you. Ultimately, they also have a choice to stay or leave so you don’t have complete power over them.

You hear a lot about the law of attraction, but that’s just one law of the universe. There’s another law called the Law of Transfiguration.

What you believe inside you can persuade others to believe.

Sort of like Obi-Wan Kenobi in the scene from Star Wars when he sent a vibe out to the stormtroopers, saying, “These are not the Jedis you are looking for,” and they believed him.

You actually have the power to send your dates a subconscious message: “I’m the one you’re looking for,” or, “Run like hell — I have issues.”

How does it work?

You’re always subconsciously communicating to your dates and partners about what you believe about yourself and them.

Unfortunately, what most people think deep inside isn’t the best about themselves. They blindly send subtle messages of their low worth and value and then wonder why they looked so great but the guy never called for a second date.

The guy thought she was really pretty, but, for some reason, he had this inner knowing that she wasn’t good enough. Dating experts will tell you what things you did wrong on your date, but attraction is 99 percent internal.

Looks have very little to do with what makes people love someone.

You operate on default based on the relationship blueprint you learned early in life and repeat the patterns, unaware that you’re doing it.

So, if you have beliefs about love and the opposite sex that aren’t very supportive, you will continue being attracted to men or women that match those beliefs. They will always disappoint you and then, after your latest heartache, you open up your copy of He’s Just Not That Into You and try to find out what you can do to fix yourself.

When I was single, I saw the law of transfiguration in action so clearly. I would meet someone and they would be crazy about me (actually, physically attracted).

After a few dates I would lose my mojo and they stopped calling every day until they suddenly got busy on Saturday nights when we used to have a set date. The romance went from hot to cold very quickly. I couldn’t explain what happened.

I always put up a good front at first, but the truth subconsciously was being fed to my love interest. They were hypnotized into believing I wasn’t so great because that’s how I really felt about myself deep inside.

The Law of Transfiguration states what I believe will affect what you believe.

When I found out about this law in hypnotherapy school, I thought, “Oh, that’s why!” So, what messages are you sending to your dates? Just watch how people react to you. Do they adore you or run for the hills after a few times out together?

How people treat you is how you feel about yourself deep inside. Sometimes the message is received instantly within five minutes of meeting, and others are skilled at fooling the person for just a little bit longer. You probably aren’t even aware of those subtle messages you’re sending.

There are many hypnotists out there who claim to make you irresistible to the opposite sex, but their tricks only work temporarily. After some time you will eventually fall back into your default insecurities again.

In order to have a lasting impression on your dates, you must change your deep subconscious love template, and then you can be naturally confident.

Once you shift how you feel about yourself on the deep level, you will no longer be attracted to those who won’t love you back. You will wonder why you were so hung up on your ex-boyfriend or husband in the first place and finally believe that you deserve so much more.

You can change your inner template by using self-hypnosis. In a relaxed state of mind, listening to positive messages will penetrate the subconscious 1,000 times more effective than just saying affirmations.

After 30 to 90 days, you will shift your love blueprint.

Hypnosis is probably the most powerful relationship dating technique available.

First, you have to hypnotize yourself to believe you’re awesome, and then you will hypnotize everyone you meet of that idea. When your inner mind truly believes you are the prize, the other people around you will agree.

So, you can hypnotize someone to love you, you just have to hypnotize yourself first.

How Moms Can Break Out Of The Unrealistic Expectations Placed On...