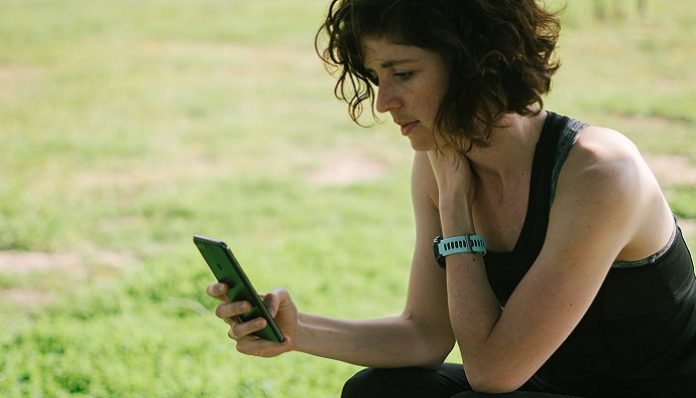 We all know what being catfished means — it’s being a victim of someone who has a fake online profile and pretends to be someone they’re not in order to pursue an online romance or scam. There was even a documentary called Catfish, followed by a TV show appropriately named Catfish: The TV Show, both featuring Nev Shulman. In the TV show, Nev and Max Joseph go around the country trying to bring together the victim of a catfish and the person doing the catfishing.

It’s one of my very favorite shows, and I’ve learned so much from these catfishing stories, such as image search, that if I were single it’s very unlikely I would ever be catfished again.

There’s always a part in the show where the person who’s planning on spending their life with a person they’ve never met is shown various evidence. It always supports the theory that the person they’ve been talking to isn’t the same person in their photos. Image search is a big part of this.

The “catfish-ee” is always completely surprised and usually breaks down. They shake their head and refusing to believe that the relationship with the other person wasn’t real. It’s very sad. And I usually wonder how anyone can be so naive to develop feelings for someone they’d never met.

My story has no real ending. But I’m sharing it in the hopes of showing others who’ve been catfished that they’re not alone and that no matter how smart you are, you can still be deceived by a catfish.

I was performing in a one-woman show when I got an email from a stranger named Jeremy. He claimed to have seen the show and had enjoyed it.

I was thrilled — my first official fan! We started emailing back and forth. There were various reasons why he couldn’t talk on the phone or Skype or even send a picture. But he was just so delightful. In retrospect, maybe a little too delightful.

I can be somewhat gullible at times, especially if I want to believe something, and I so wanted to believe that Jeremy was just some random guy who saw me performing and liked it. For sure I didn’t think I was being catfished. But in the back of my mind, my subconscious was screaming that Jeremy wasn’t telling me the truth — he wasn’t a real person; he was a fake.

I started to question his identity but he sent me facts such as his social security number (inviting me to do a background check) and gave me details about where he grew up: the East Coast. How different from a California girl like me.

But still, I was suspicious. Jeremy knew all the right things to say and seemed to know me so well. The tone of his writing was reminiscent of my friend, D. There was a level of sophistication and of someone well-traveled.

D had been traveling since he was a small child. Had I found the straight version of my gay friend? It just seemed too convenient and too good to be true that there were two men, with the same sense of humor, the same brilliance, and the same level of sophistication. I was definitely being catfished.

Since I wasn’t getting the answers I needed from Jeremy, I began to question my friend who swore it wasn’t him.

I’d spend hours searching Google for any proof that Jeremy actually existed. I should’ve just stopped responding to him, but I was hooked. It made me feel good to talk to him and I could just tell he was hot. Well, hot in my imagination at least.

One day, when I couldn’t take it any longer, I confronted Jeremy saying that I knew he was my friend and asking why he couldn’t just admit it. He wrote back and I noticed that the email said the name of my friend as the sender. How hadn’t I noticed that before? Had it been there the whole time?

When I asked Jeremy about it, he said he’d just been playing; that he had used my friend’s name as a joke. When I told my friend about the joke, he was visibly upset and said Jeremy had no right to use his name. And Jeremy didn’t after that, because the emails started to come from fictional characters like Donald Duck and Spider-Man.

I felt as if I was being teased by someone with a mean streak. I finally said to my friend, “Please, please tell me the truth. You won’t get in trouble, I’ll forgive you. I just need to know. Are you Jeremy?”

“No, it’s not me. Do you want me to swear on the lives of everybody who’s important to me that I’m not catfishing you?” my friend said. I went back to Jeremy and continued questioning him as if he was a suspect in a crime.

Jeremy got frustrated and annoyed by my relentless quest for answers, and told me he no longer wanted any contact with me. When I wrote to him, I never got any response, and I let our non-relationship go. I knew it was stupid, but I felt brokenhearted. It’s amazing how attached you can become to a fake identity.

Years later, I questioned my friend again and he once again promised me that he wasn’t Jeremy and that I wasn’t catfished. But I know in my heart that he was. I don’t think my friend was trying to hurt me or make me feel like a fool; I think he just wanted to give me the thrill of having a secret admirer. But then it just got out-of-hand.

I saved the emails and every now and then I’ll do another search. I have new tricks such as reverse email lookups that I’ve picked up from watching Catfish: The TV Show, but nothing ever comes up.

If Jeremy was a real person, there would have to be some kind of internet presence, wouldn’t there? But come to think of it, my friend spends very little time on social media or anything. I wonder if Jeremy ever thinks of me, and if so, does he miss me and the life we could’ve had together?

5 Gifts Your Boyfriend Really Wants For His Birthday